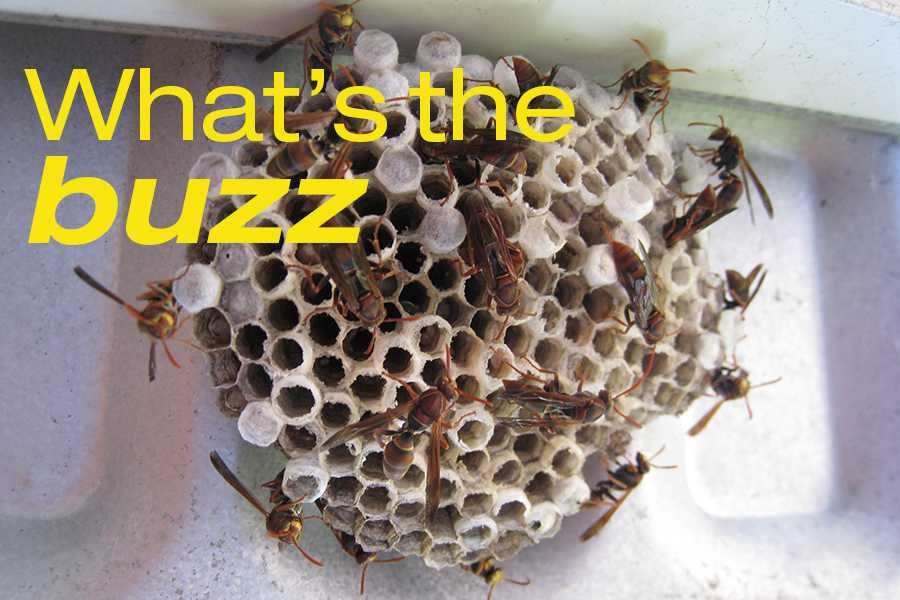 Warm air contrasts the frigid outdoors as students walk into the Performing Arts Center. A student gently knocks on Mrs.Thompson’s door and ask if she would mind answering a few questions about the wasps in the theatre. She agrees and as the student pulls up a chair to interview her, a wasp emerges from underneath said chair and stings the student. Oh the irony.

“Wasps have been in the theater for as long as I’ve been here,” senior Amanda Hackleman said. “I’m a senior this year, so that’s four years.”

Anyone who has ever been involved in theater knows that wasps have been in the building for a long time now. They crawl slowly across the floor too cold to fly, and students either see them and kill them or don’t see them and get stung.

Not only are the wasps seen constantly, many people are stung.

“One time in the costume room, I sat on a wasp and it stung me,” senior Caroline Parks said. “And I’ve seen at least fifty of them.”

Now while Parks only suffered discomfort, other people like Hackleman are highly allergic.

“My sophomore year I was stung at rehearsal and had to leave immediately,” Hackleman said. “I still see the wasps at least once a week.”

Some students have some ideas for ways to control this infestation problem.

“I feel like there are methods to get rid of the wasps, such as relocation,” Hackleman said. “But the administration hasn’t spent the money to do it.”

Hackleman sees the wasps as a serious safety hazard, especially to people who are allergic. Theatre director Lindsey Thompson however had a different opinion.

“Yes, they do pose a safety hazard, but there’s only so much you can do about it. You can’t regulate every wasp that comes in the theatre,” Thompson said. “It’s like saying peanuts are a safety hazard because some people are allergic.”

Thompson has a valid point, but theatre students still see the wasps as an issue.

“Wasps come on campus from time to time,” Stahl said. “Administration will take care of it, but we haven’t known until now. Just let me know where they are.”