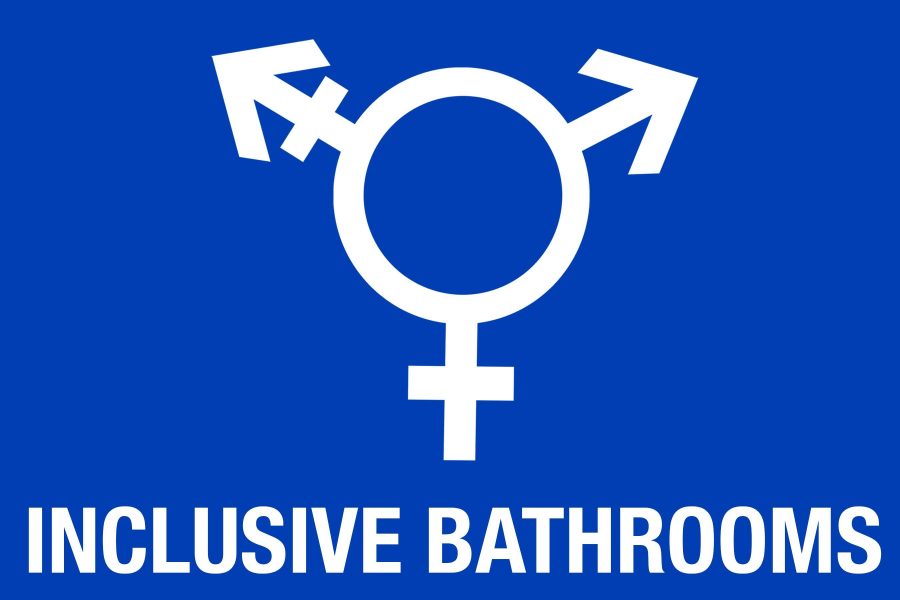 Friday morning proved to be an eventful one for public schools nationwide. The Department of Education and Department of Justice have issued a statement that allows transgender students to use the bathroom of their preferred gender.

Schools that refuse to comply could lose a portion of their federal aid or be subject to lawsuits. This is a common tactic used by federal agencies and has proven successful in the past.

“I believe that it will be the loss of federal funding that motivates schools to comply with this law,” Texas High School senior Sidney McGough said. “However, I think private schools might tend to shy away from this because they are not receiving the federal funding.”

“The intention for the document was probably to be a catalyst of change,” Texas High School freshman Craig Crawford said. “However, the document has propelled people to address a problem at an awkwardly fast rate.”

Parents, teachers and students are bound to raise questions about how the school will keep non-transgender students from using the restroom of the opposite sex simply because they feel like it.

“As my child is getting older, what if someone is allowed to be in there and my child gets violated in some way?” parent of Texarkana Independent School District student Sarah Thompson* said. “I’m uncomfortable with that.”

According to the guidebook, the student and/or parent will inform the school district of that student’s status as transgender. The school has been able to ask for confirmation of gender identity in the past, but now only parental confirmation is needed.

The decree clarifies the nondiscrimination policy schools already have in place. It aims to ensure compliance with Title IX, a law that prevents sex discrimination in any public school that receives federal aid.

Title IX has traditionally applied only to sports and educational programs. The Department of Justice and Department of Education believe that it has not been enforced properly because it has not been extended to cover restrooms and sports facilities. As a result, many schools will be blindsided by these new policies.

“Until we have time to read the letter and determine what it means from a state and federal perspective, we won’t know what changes, if any, will have to be made,” TISD superintendent Paul Norton said. “As laws change, then we will of course comply with those laws.”

Already, schools around the nation have put policies into place that improve the bathroom environment. Some of these include installing privacy curtains and allowing students to change in stalls. For some transgender students, however, the new legislation may not create a safer environment.

“Regardless of what restroom I go into, I feel uncomfortable, and I make other people uncomfortable,” transgender student Taylor Burgess* said. “I don’t think anyone would say anything to my face, but I’d probably get stared at and talked about behind my back.”

Meanwhile, some students are in opposition to the decree and are uncomfortable with the potential effects that schools could see once they start putting this policy into place.

Concerned parents are also a significant voice of the counterattack that is already underway. The repercussions of going through with transgender-rights policies include the potential mass withdrawal of children from public schools and a shift to private schools or homeschooling.

“When I heard about the mandate on the radio today I said, ‘You’re kidding me! No way’,” Thompson said. “And I was thinking ‘OK, what are our other options going to be?’ If push comes to shove, I do see [removing my child]. If they’re going to make [my child] be exposed to things [I] don’t want [my child] to be exposed to, that’s discriminating against my children…who don’t identify as transgender. We expect them to be safe [at public schools].”

The statement has sparked another debate about the right of the federal government to interfere with state policies, a controversy that has existed since before the Civil War.

Legislation that introduces a new procedure or idea is usually passed in the form of a bill or resolution. Bills are usually the more serious of the two, offering a specific date of action. Resolutions provide a moral objective or vague proposition. This declaration is neither.

“It’ll be interesting to see how states react to the federal government once again telling them what they can and cannot do,” said Texas High School debate coach Amy Kemp. “There’s bound to be clash between federal and state governments when there’s already been conflict within the states.”

Texas Lt. Gov. Dan Patrick called for the resignation of Fort Worth ISD’s superintendent, who approved policies that offered transgender students single stall restrooms. This isn’t the first time that state officials have opposed the federal government in support of LGBTQ rights.

Despite this, LGBTQ groups continue to fight for their own civil rights, and government officials continue to support them. Their political influence has gained momentum recently, coinciding with civil rights movements such as Black Lives Matter.

Not all people in public schools see this new principle creating permanent conflict.

“People don’t realize that they’ve been going to the bathroom with transgender people for probably 50-60 years. Why are we suddenly turning it into an issue?” math teacher Linda Teeters said. “I’m actually more concerned with people not washing their hands in the bathroom than I am as to what’s inside their pants.”
* name has been changed to ensure privacy