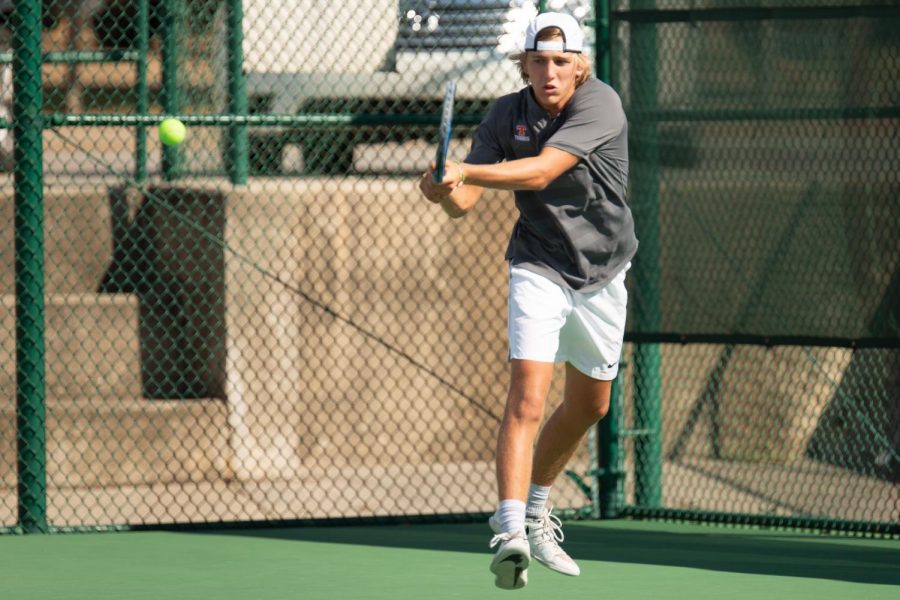 A slump in sports is essentially a dry spell or drought used to define a player or team’s deterioration during their career. This troubling “spell” in sports happens to players and teams ranging from every level of every sport. Most athletes are far too accustomed with the idea of being in a slump, except, of course, the players on the Tigers’ varsity tennis team.

The tennis team has yet again started their season without taking a single loss, but the fact that they haven’t been beaten yet isn’t the most impressive part; it’s the fact that no one has even come close to conquering our Tigers.

“The closest the score has been this year was 15-4, so out of all the matches in that one tournament we only lost four of them, and won fifteen of them,” head coach Toby Watson said. “So yes, we’ve been winning by a comfortable margin thus far in the season.”

The Tigers have consistently gone undefeated or kept a minimum of two losses in their regular season for years. Watson, who is following in the footsteps of his father as the tennis coach, believes that on top of the players’ raw talent, the community and the program are key fundamentals in the Tigers’ success.

“The Texarkana community has done a great job of helping develop these players from a young age, whether it be Northridge or Texarkana Country Club, our players have been raised by our community,” Watson said. “Also, the junior high program has been a key part in bringing up the kids; having some of them from sixth grade helps in being a good coach to them.”

Looking at how successful the team has been this year, one would assume that the team is an upperclassman-heavy crew; however, the roster tells a different story.

“Reagan [Potts] and I are the only upperclassmen on the girls varsity team; the rest of the girls are all freshman, so it’s a much different feeling than in previous years,” junior Janie Rounds said. “We’ve had to quickly assume leadership roles by being inclusive and having a good attitude around the other players.”

Having a very polarized team would normally set social barriers and distrust between upperclassmen and underclassmen. Instead, most players on the team are motivated by the idea that there are strong varsity members that have been in their position for a long time, as well as having very promising freshmen and sophomores that are new to the team.

“This year our team is formed differently than most years. Although there [are] a lot of freshmen, they are all very promising and we can trust them,” senior Jebin Justin said. “We also have some juniors and sophomores high on the ladder that will be there next year to be leaders on the team.”

The consistency of the team does not come from having purely natural talent, however. The family mentality and trust stretching from seniors to freshmen is grown in the sweat and tears shed amid the long hours of conditioning and practice.

“The team has a lot of natural talent, but we stand out because that talent has been honed over time,” senior Gabe West said. “The six senior guys have all contributed to creating a great environment for the team to grow.”

Despite their success, the Tigers aren’t always as lucrative as they would hope to truly be. At this specific point in the Tigers’ season, no one has had a glimpse of defeating them, however, each year one specific opponent rises above the rest to pose a serious threat to their precious record.

The name of this singular opponent is like nails on a chalkboard for any returning member of the Tigers’ varsity team, because despite the roaring success of the Tigers, Highland Park High School, year after year, gets the pleasure of basking in their glory as they put down the Tigers.

Losing in last year’s regional semi-finals to the eventual champion, the Highland Park Scots, took a toll on the Tigers’ patience, but more importantly, it lit a fire that drives the team to push themselves to once again face the Scots.

“This season we are driven to at least make it to the place we were eventually put down last year,” Watson said. “In the case that we make it to Highland Park and can put on a better showing, the season should be in our hands.”