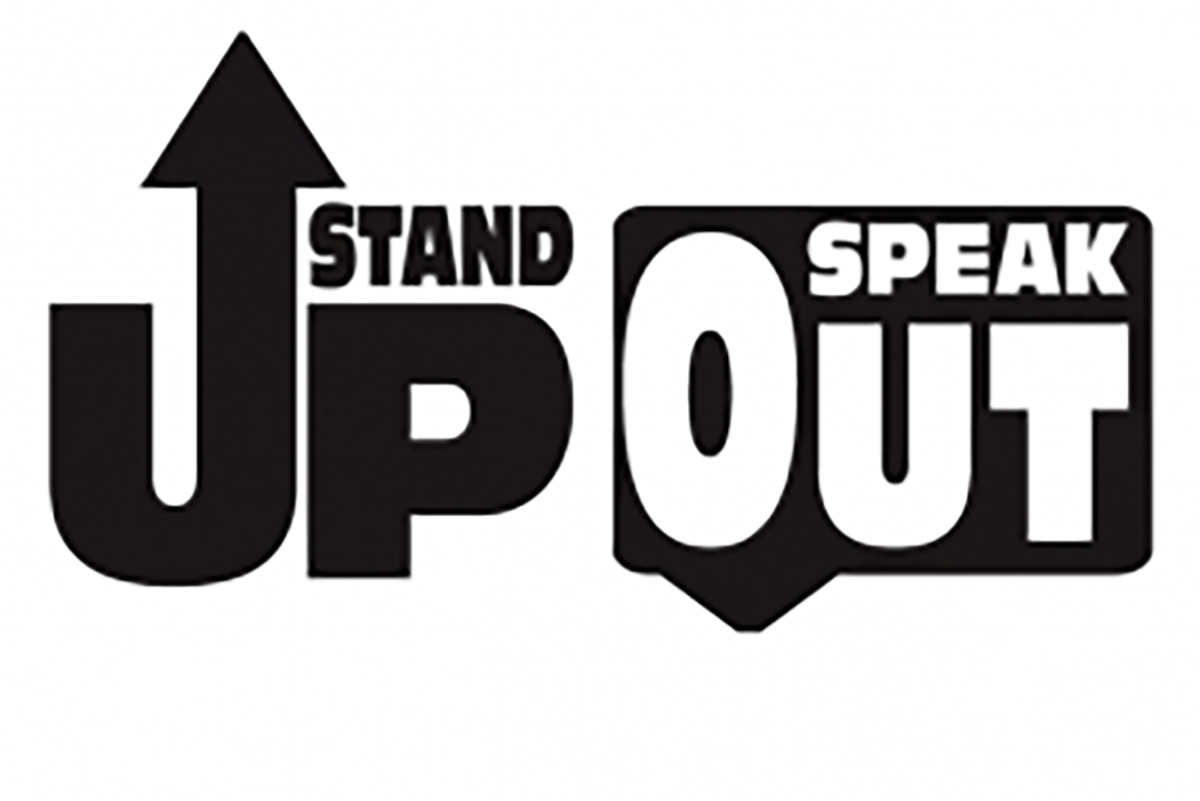 It’s not cool to be cruel

It’s easy to fake a smile and look the other way. It’s easy to pretend not to notice. It’s easy to push it under the rug and hope that someone else will stand up. However, in the time it takes to make a conscious decision not to care, the person that is being tormented could soon make the worst decision of their lives. Today is National Anti-Bullying Day, and in light of this awareness, students should take the feared step toward bravery. As a community who needs support, who needs comfort, students need to realize that their actions have reactions, and today could be the day that their lives are set in stone. 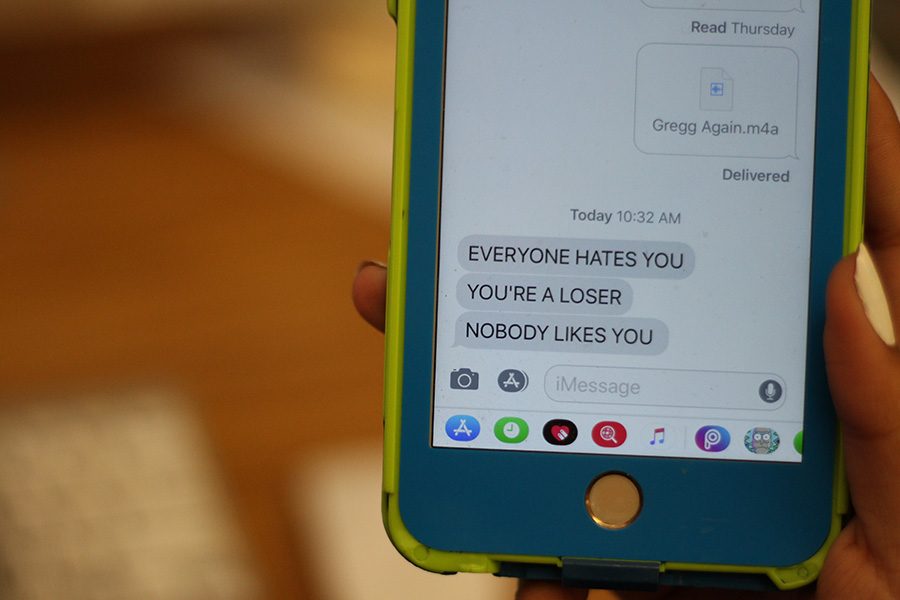 Being a high school student, bullying is almost unavoidable. Harassment comes in all different shapes and sizes, and affects students every day. Something as simple as acting different or being unique can foster the probability of unwanted opinions and comments. Just wearing clothing that isn’t popular, or being too quiet can make an individual a target for people to intimidate. Witnessing someone being bullied is just as terrible as first hand bullying, and students should be aware that just because you have not experienced it personally, doesn’t mean it doesn’t occur.

Many students feel that awareness for bullying is essential, and that people should take the extra step to talk to the individuals who are harassing another.

“It’s messed up,” freshman Katarina Jordan said. “You’re using someone’s insecurities against them. If that’s not cruel, then I don’t what is. Stand up to [the bully], tell them what they’re doing wrong. Clearly they’re disappointed about themselves and their lives. They might not even realize it though, it might just be something subconscious. That’s why you kind of have to tell them, ‘Hey, you’re doing this wrong,’ so they’ll realize the wrong in their life.”

Other students view bullying as an inferior act as well, but they also pay attention to how the administration reacts and prevents future incidents.

“I believe that there is really no sense to cause violence to someone else,” sophomore Landon Williams said. “There’s no point in it. I feel like the school helps fix the physical side of bullying but not the mental and emotional side. There needs to be more of a counselor side of the school where [students] can go talk to them about it because usually being bullied, they don’t go to anybody and keep it to themselves. I feel like the school should advertise that we have counselors and that they’re here for you.They wouldn’t tell everybody what’s going on with you and they’ll keep it private for you and themselves.”

I feel like the school should advertise that we have counselors and that they’re here for you. They wouldn’t tell everybody what’s going on with you and they’ll keep it private for you and themselves.”

Trying to help with bullying has been a school-wide initiative due to past deaths and circumstances involving verbal and physical abuse. Many student organizations have taken it upon themselves to make a step toward creating a kinder community within Texas High, such as the recent “Be the Light” movement.

Students yearn to have good days, and they long to be able to tell the truth about the environment of their school.

“We go [to school] everyday,” sophomore Greg Gessmen said. “People don’t want to be the kids that go home and their parents say ‘How have you been?’ and they’re at that state where they don’t know anymore. Kids [want to] actually appreciate going to school and learning, and not put up with the drama and bullying.” 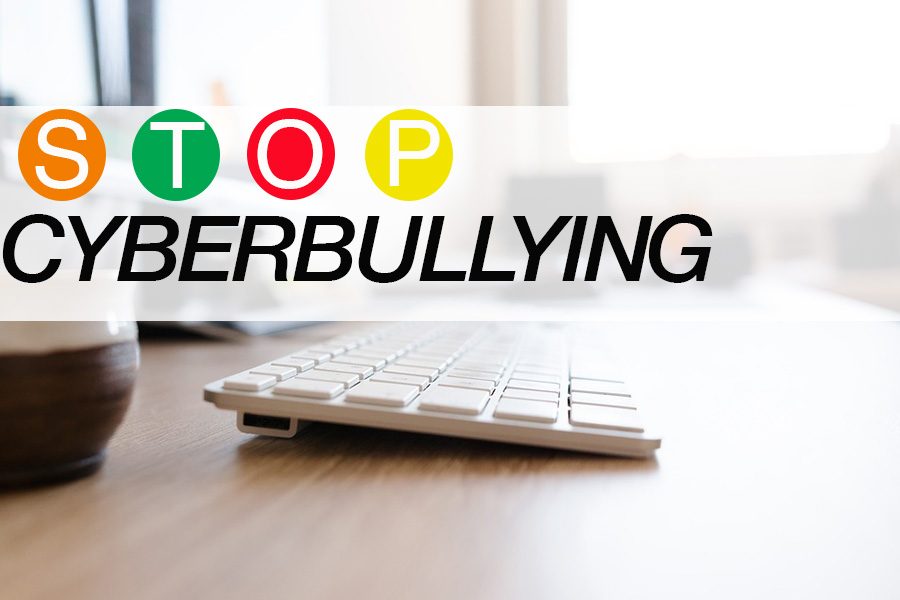 A life is lost, a sense of security is lost, and what remains is a broken family. One in three adolescents will experience a cyberthreat online in their lifetime, and many more will have to overcome the invisible trauma it leaves behind.

On June 9, Greg Abbott signed into action David’s Law, which is a bill proposed by Texas senator Jose Menendez after David Molak, 16-year-old boy from Alamo Heights High School was bullied online and eventually took his own life. Soon after, his parents began a foundation titled David’s Legacy Foundation, which activates for progressive action in schools to attempt at reigning in harmful online incidents.

Menendez worked closely with David’s family in creating this bill and wanted to establish a punishment system instead of a prevention. The bill’s goal is to take direct action in situations when an individual has harmed themself or taken their own life.

The bill will classify bullying as a misdemeanor and allow courts to issue subpoenas to reveal the people behind the bullying.

Naysayers want prevention to be more important than punishment, especially in the lives of minors. School boards are concerned that they will not have the funding to put forth effort into these new programs. David’s law sets a way for cyber bullying to be prevented and punished. However, most schools have their own way of handling these incidents, even though they may not be recognized by many students.

“I didn’t know and still don’t if our school has a system for handling cyber bullying,” sophomore Emmy Stroud said. “I wouldn’t be surprised if we did, but it’s not something that’s known by students, unless they go through a first hand experience.”

Many school districts, including ours, have firewalls in place to keep students safe from inappropriate material and messages.

“You can download a program that can be set up to flag key words or phrases,” computer science teacher Mark Ahrens said. “Some programs also can send reports letting the administrator or adult set up with the program know about the issue.”

One of the main goals of David’s Law is to make sure that the awareness of cyberbullying is known nationally, statewide and even locally. While some students may not know what Texas High does, that doesn’t mean it’s tolerable.

Cyberbullying is not to be tolerated. There was a law passed this summer on that and it gives us specifications on what to do in those instances.”

“The state of Texas, as well as Texas High School feel that it is a very inappropriate thing to do and they give us guidelines on what we can and can’t do,” assistant principal Julius Anderson said. “Cyberbullying is not to be tolerated. There was a law passed this summer on that and it gives us specifications on what to do in those instances.”