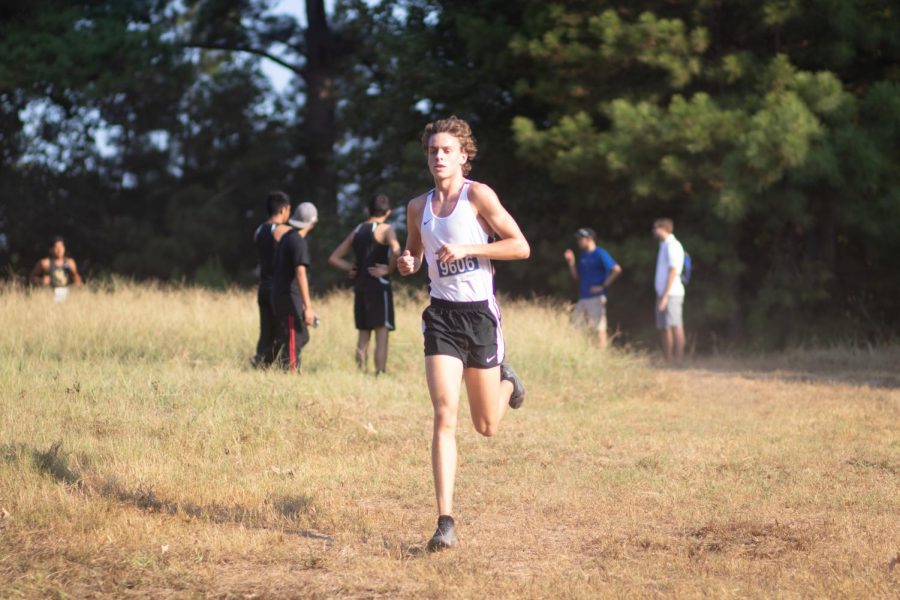 Running can be described in many ways, depending on who is asked. For some, running is described as the devil’s workout. For others, it is a necessary evil. For one Texas High School runner, it is his favorite thing to do, and it is obvious as he goes on to compete against the fastest high school runners in the state.

Senior Owen Likins competed in the UIL 5A Cross Country State Championship on Saturday, Nov. 9, 2019. Likins placed 32nd out of 151 high school runners with a time of 15:43.

“That is my best performance of the three times I’ve gone to state. I still wasn’t super happy with it” Likins said. “I would have liked to have been a lot faster, but it’s hard when you don’t have a team around you. I was just an individual.”

Likins created and followed his own detailed training regimen in the weeks leading up to the championship. His preparation was not solely focused on his physical state. The three-time state competitor placed a lot of emphasis on his mentality leading up to the race.

“One of the big things I did is I deleted social media for the two weeks leading up to state, and I stayed off of it and tried to focus [on preparing for the meet]. I did a lot of mental focus in addition to my race planning,” Likins said. “I planned out my splits that I wanted to run in the race, and I kept training hard. I tapered pretty well for a week, so I had a pretty easy week of training going into the state meet.”

For cross country runners, performance in a race is not dependent on how well one prepares in the time directly leading up to it. In reality, it is a result of a culmination of practice, training, and diligence over a longer period.

“I was pretty confident; I had a good season. I had a really strong base built up from training over the summer. I felt pretty strong going into the season,” Likins said. “I didn’t run as well as I wanted during regionals, so that kind of hurt my confidence a little bit, but I still felt pretty good going into state.”

This was Likins’ final cross country meet of his high school career. However, he is not finished running as a representative of Texas High. Likins will compete on the track team in the spring.

“It’s definitely bittersweet. It’s been a great four years, and I’m sad it’s over. I’m going to continue to run in college, so it’s not that bad,” Likins said. “Now, I can really focus on track which has always been what I’m better at. I think track has always been what I loved, and I’m super excited about this last season. I’m hoping to go out and you know win a state championship or two.”