Alteration of the generation

How our generations continue to become worse 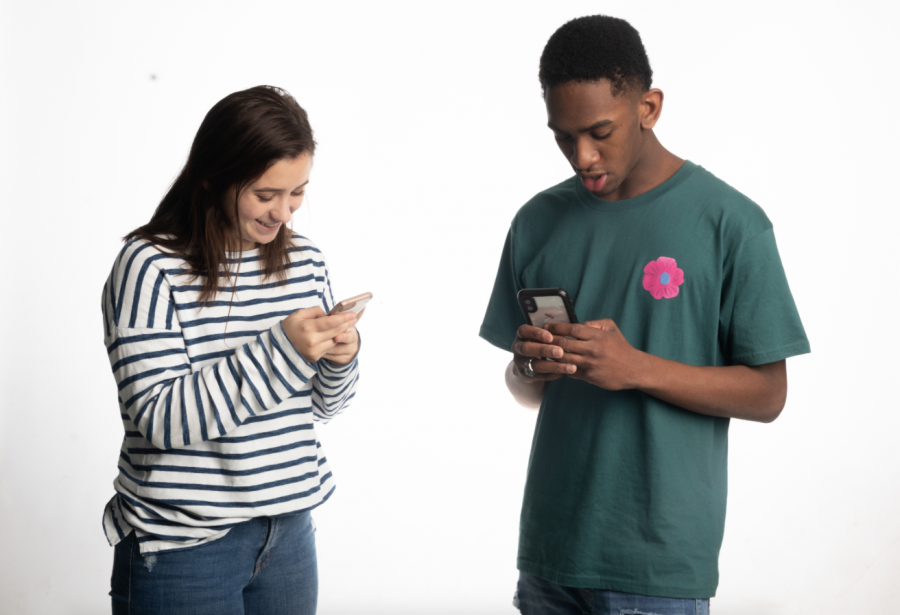 Senior Kaitlyn Gordon and junior Cameron Alcorn stare at their phones. Generation Z has been widely criticized by other generations for spending too much time on electronic devices which are seen to hinder in-person interactions.

As the years go by, generations morph into something that’s different than the previous ones. It may be the new trends, a new form of technology, health problems or new personality types. Our current generation is referred to as Generation Z, or Gen Z, which are people born between the mid-1990s and mid-2000s.

Children who are growing up in today’s society are being engulfed with new technology which is resulting in them being lazy and uneducated. A phone addiction is surprisingly a real problem that many teenagers suffer with — some may not even realize the severity of their addiction. Overusing your phone can lead to sleeping problems, depression and anxiety, which are common problems many teens claim to have.

Teens spend an average of nine hours a day online for entertainment uses rather than doing school-related assignments. If people are attempting to create even higher forms of technology in the future, a person’s life may end up completely relying on a form of technology which would not be mentally or physically beneficial.

Our society is developing a new perception of issues that, in the past, have been dismissed. We may still be sensitive to certain topics, but the amount of bigotry in our society is beginning to decline, or at least become more discussed. Due to the easy communication through technology, people are able to talk about these situations and become exposed to them throughout social media.

Obviously, a new generation brings new trends. Teenagers have made vaping a new activity, even though it’s often frowned upon. Different video games have become popular; one that’s been most played is ‘Fortnite.’ The music taste has transformed from rock and pop from the 90s and is now rap and alternative rock.

Vaping is spreading rapidly among teenagers. Multiple studies are proving that vaping is not a healthy route and can actually get teenagers addicted to nicotine in the future. This doesn’t seem to stop the majority of teenagers from using Juuls and e-cigarettes, it seems like the trend is still expanding.

There is negativity and positivity within our generation, and it will continue to change as time goes on. It’s up to our society to see what the future holds and what trends will skyrocket to the top, no matter how crazy they seem.