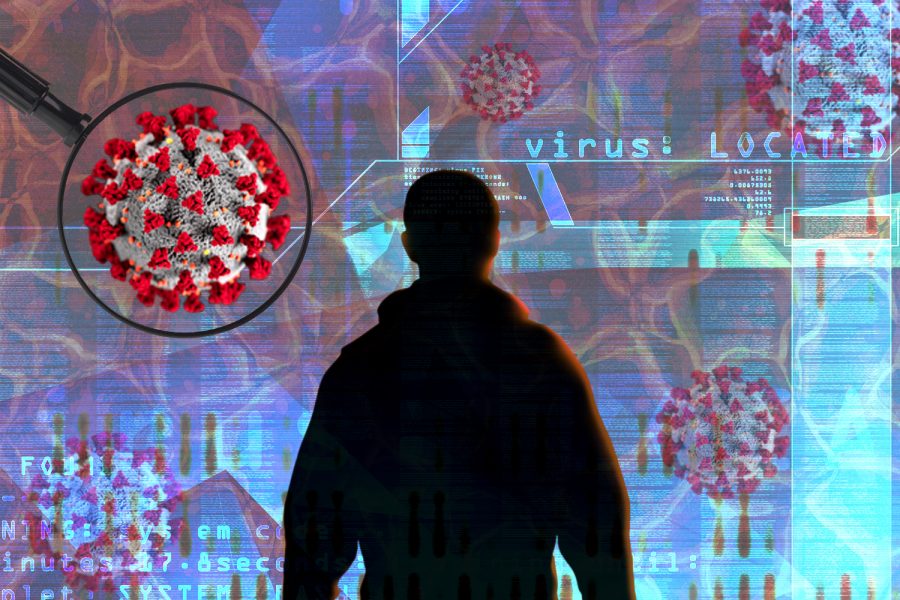 And we don’t know any of their names.

Legal codes like the Health Insurance Portability and Accountability Act (HIPAA) state that one’s medical history is to remain private even after their death. This means, from the common cold to the Coronavirus, the community will only know one’s diagnoses if they disclose it.

None of the people living in the area that tested positive have revealed themselves, leaving the uninfected in the dark as to their safety. Due to this lack of knowledge, I am left in a constant guessing game. I am left to guess if the last person infected is my neighbor or a complete stranger. I assume safety as I tiptoe into Target to restock apocalypse essentials, maintaining a safe distance with each step. I assure myself that a quick and cautious hug with family is harmless. I can pray I’m germ free for as long as quarantine lasts, but I’ll never know my safety for certain.

I’ll never know my safety for certain without the names of the infected. Texarkana isn’t the stoplight town many perceive it to be. Bowie County consists of over 90,000 people stretching from Nash to the “big city,” leaving residents clueless if they’ve encountered the illness. This information we’re deprived of is key to maintaining our health.

Without this information, we are forced to act based on fear. Deciding whether to risk trading germs with the pizza guy or contribute to the economy’s crumble is the newest daily debate. We bathe ourselves in hand sanitizer like it’s holy water. When people lack definitive answers to questions, they often fill that lack of knowledge with emotions, often worsening the situation.

Although the knowledge we have on the infected is minimal, it would be a lie to say there are no measures taken to alert people of medical risks. Health officials may try their best to alert loved ones of the afflicted. Google and Apple are in the process of utilizing Bluetooth data to track everyone’s distance from those with the dreaded diagnosis. If this method were more effective, their software would make the revelation of names unnecessary. If we can squash the problems without invading one’s privacy, then there’s no reason to call out the victims.

But authority and technology can’t kill a pandemic like releasing names can. With the infected population on the rise, workers can’t find every address of every person who has seen the face of a COVID victim. It’s physically impossible. Although it’s a step in the right direction, a global killer cannot be solved by humans.

Technology’s solution has its flaws as well. Apple’s and Google’s software may alert strangers who were not in contact with the ill long enough for it to damage them. This means any haunting message on their phone could result in needless mass panic. Millions of Americans must ration food and paper towels during these times, but anxiety is the one resource we have an endless supply of.

As dramatic as it sounds, we truly are in the zombie apocalypse. We board up our houses for the monsters lurking in the streets as they pass their disease to innocent passersby. News stations are littered with men in suits and forlorn expressions, reporting with obnoxiously professional personas. The only signs of human life are flickering lights through my neighbor’s windows.

However, there is one thing about the monsters in this movie that set us apart from the black and white films of our grandparents’ memories. Our villain is the virus.

It doesn’t creep around alleyways with hungry eyes and a taste for vengeance. It’s alarmingly silent. The nonthreatening, flu-like appearance of the monster has allowed it to suck the souls of every state in America.

As terrifying as that image may sound, it’s important to recognize the monster to distinguish it from the victims. We are the victims.

Whether you’re the hypochondriac who reads WebMD like the Bible or you’re actually infected by the beast, we’ve all faced challenges. A few of us are strapped to a hospital bed. Others are imprisoned by their bedroom walls. Although some suffer worse than others, each of us are victims.

For as long as the names are withheld, those infected by corona will remain mysterious figures rather than human beings with terrible misfortune. They’ll remain another tally mark on the decade’s most infamous death toll. Treating these people like numbers dehumanizes them, reducing each victim into another meaningless number.

As that overused Joseph Stalin quote goes, “A single death is a tragedy; a million deaths is a statistic.” Don’t let these people become statistics. Let them be faces, names and stories to be told when this year becomes a distant memory. Don’t let them be the antagonists but the most tragic layer of this dystopian novel plot come to life.

In addition, let us ensure our safety without relying on the government and Google to save the day. Let us live with cautious precautions instead of blinding fear. Only with the names, and the weight they hold, can we analilate earth’s common enemy. Revealing the disease carriers’ identities isn’t a perfect solution, but we know now more than ever that the world is not perfect. As the cases grow in numbers, each name is added to the tally. It’s time to reveal each one both for their sake and ours.