Duo's adversity leads to living on streets of Texarkana

The warm autumn sun descends on an abandoned gas station off Seventh Street a little sooner than usual, letting the cool of night take over. On most nights a simple covering would work, but with the changing seasons, a thicker blanket is a necessity.

One man sits in a weathered wheelchair mumbling while looking for layers in his pile of belongings as another man rests stiffly on the concrete dreaming of earlier days in his life where he had a sense of peace, all while the street lights flicker on.

There is a drastic disparity in how people view those in less fortunate situations, yet with such convictions, many judge them only on their prejudices and not their stories. To understand their situation society must listen to those that are looked over, abandoned and berated: the homeless.

According to the US Department of Housing and Urban Development, 2.2% or 580,466 people are homeless in the U.S., with 27,229 of them being in Texas. Homelessness has now become a growing issue that has different outlooks. Nonetheless to dig deeper into the problem we shall look to those who experience it every day.

“Well, you know, I got busted up all through life, but it seemed like it didn’t bother me then,” David said. “I ended up out here because of that, old age and old wounds.”

David, more commonly known as Chief, is a 68-year-old former truck driver who lost his leg and his ability to work in a trucking accident. He formerly lived in a nursing home but has been on the streets for some time. Accompanying him is 65-year-old Micheal, a veteran of the US military and has had an unfortunate streak of luck since his honorable discharge.

“I have been on and off the streets my whole life,” Michael said. “And right now, I get my Social Security and I get my VA benefits; I didn’t even look for the stimulus checks.”

Money is not only a sensitive topic for Michael and Chief but for most individuals in the homeless community as a whole. While the willingness to work may come into question some people simply can’t due to preexisting conditions.

“I was losing my sight, and I took up driving 18 wheelers, but I wrecked one of them and killed an ol’ boy,” Chief said. “I don’t have no income other than Social Security money, and what I get on there don’t really pan out to be able to rent a place, you know?”

Due to monetary issues, the pair stay in various and sometimes obscure areas to survive. The latest of which is the deserted remnants of an older gas station owned by the father of an Arkansas police officer.

“He knows we’re here, and I’ve been here about 12 years, right here,” Chief said. “We used to have a mobile home parked in the rear, then somebody stole it.”

Besides this instance, Chief hasn’t experienced any other fellow homeless violence, and he has expressed that they plan to seek a deal with the owner. Regardless of the fact that they have permission to be outside the building, they aren’t allowed inside during harsh weather.

“I just picked up a tarp and slicker suits,” Chief said. “If it will hold body heat, it’s good enough for me.”

The taboo topic of health care is another thing that the homeless population struggles to find. Severe medical conditions not only discourage them from going to the hospital in the first place but make these individuals feel as if the government does not have their best interests at heart.

“I got a hernia, liver disease, colon cancer, and they tell me I got a blood disorder like hepatitis C,” Chief said. “I have Medicaid, but that don’t impress them people. Plus, I got so many different things wrong with me I think they’re afraid to do anything.”

Harsh weather and health care are only some of the many complications for these two. Certain citizens in Texarkana are also a threat.

“It was a dark gray Mustang, and it was kind of a shabby-looking fastback,” Chief said. “They were running around Texarkana shooting people [and buzzards] with an air pistol, poor buzzards, and they hit me.”

Despite some mistreatment by the people in the community, Chief and Michael seem to keep a near positive outlook on how people from Texarkana treat them.

“Some treat me as I was kin, while some treat me like they hate my guts as if I was Satan or something, you know?” Chief said. ”I don’t pay much attention to other guys.”

Due to the stigma that surrounds their situation and the general behavior of others in their situation, Chief and Michael prefer not to mingle with many other people, which often leads them to be isolated. To raise their morale, there are groups of good Samaritans that make these individuals’ lives better.

“A lot of times they bring food, clothes, and they ask you if you need something else, but I say no. Yet, they go out and find something else to bring back to you, you know?” Chief said. ”God bless them.” 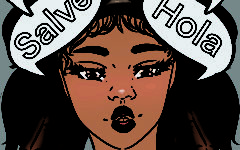 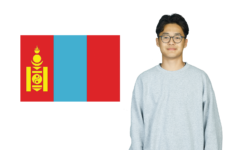 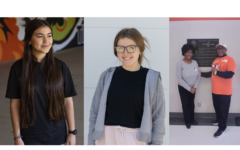 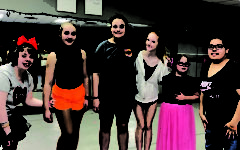