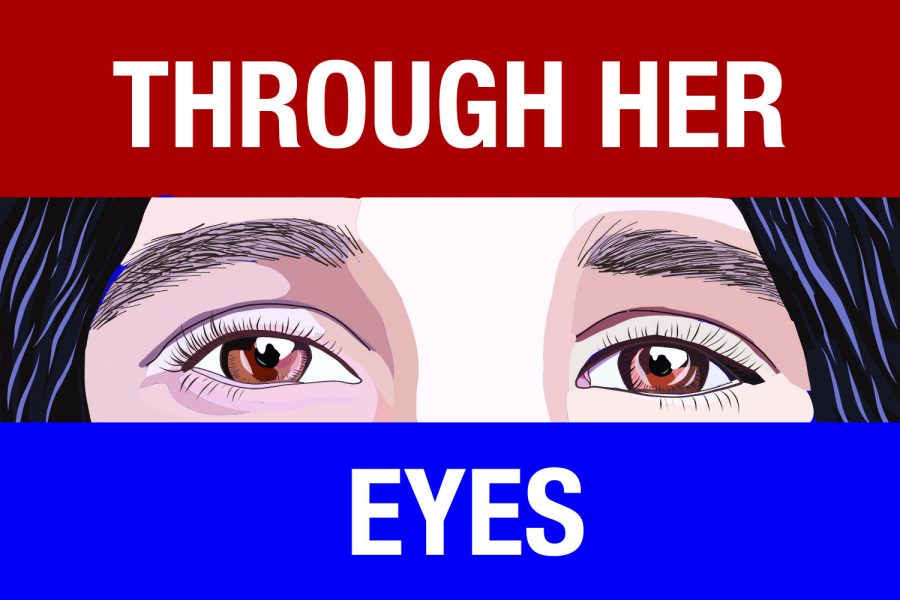 She didn’t ask for this, to be a target in the only country she’s ever come to know, to be hidden away, detained by the fears surrounding her. She was only a child, unaware of what was in store for her future. Yet she grew up blaming herself for what she wasn’t able to control or able to change. It was her fault and this country didn’t want her, a statement she believed in for many years.

Each day families are immigrating to the United States, whether by transportation or by crossing the Mexican-American border to escape poverty, violence and other difficult situations in their countries. Many see it as a new beginning, a fresh start to accomplish their dreams and aspirations. Yet few understand the harsh reality of how difficult the transition from an illegal immigrant to an American citizen can be.

“I was born in Mexico, and I really didn’t have a choice or [awareness] of what was going on because I was three at the time,” Maria* said. “I was under false identification papers from another child, and my mom came the hard way through the river and the safehouses. I really have no memory of what I went through, but it was hard because I didn’t know any English. I didn’t have anybody to talk to, and my mom was my only companion.”

Maria didn’t understand the impact of being an illegal immigrant until she reached high school.

However, she was determined to never let her secret deteriorate her ambitions, no matter how complex the situation got.”

While in high school, Maria began to formulate her goals for the future.

“It has made me desire to be someone,” Maria said. “It upsets me whenever I meet people that are citizens and have all of these opportunities, but they don’t want to do anything. I don’t want to say that things will be easy just because I think we all have to work our way up and work for the things we want. [Citizenship is] not going to be given in our hands.”

The obstacles she’s had to endure has left her with mixed emotions, as well as the struggles she’s had to watch her mother surpass. Yet even though they started from nothing, they’re slowly making their way up.

“It’s hard because I see my mom struggling with the financial state we’re in,” Maria said. “I wish that people wouldn’t judge others for not having a piece of paper because deep down we’re all the same. We want to give something back. My mother has done nothing but give pieces of herself to us. It’s not fair because she’s had to clean houses for other people, and I’m not saying that is not a decent job. It is because it’s honorable, but she could have done much more. We had to start from the bottom.”

The process of looking for people and applying for citizenship has not been simple and few options have been offered to her in order for her to accomplish the next steps. New issues have arisen because her parents aren’t citizens as well, which only makes the process more difficult.

“The process starts with trying to find the right people and who to trust,” Maria said. “If information of not being a citizen gets into the wrong hands, it can definitely go wrong in many different ways. Fortunately, my mother and I have come across people who accept it.”

While Maria does have options for seeking citizenship, they are costly and none are easy.

“It’s complicated because we need to gather up money because the processes aren’t just going to be free,” Maria said. “The options that my mother has given [are] that I can either wait until I’m old enough and get married to a citizen or get adopted into my aunt’s family that actually has papers. My mom is so selfless. She has thought of giving me up for adoption to a completely different person just so that I can have a better life.”

Circumstances involving her age and name have also proven to be significant elements in the process, but her family is doing everything possible to acheive the overall goal.

Despite all systematic inconveniences, her family and herself have prevailed through, strengthening their resilience.”

“I’ve started the process, but since my dad has never been in my life, I’ve never used his last name. I stuck with my mom’s,” Maria said. “If I tried filling out any papers they’d ask for [proof] that I’ve been here long enough. Since all of my school records are just my first name, my last name, and not exactly as it says on my birth certificate, they’re not going to think it’s the same person.”

One of the main points she can’t emphasize enough is that not all immigrants come here to ruin the nation but to excel alongside it.

“It just frustrates me because that’s not the intention that most of these Hispanics have as they’re crossing the border. They only want something better because they’re running away from violence and from no opportunities. They’re just trying to have a better life, literally, the typical line of the American dream, but it’s more than just that.”

Maria said it’s about more than having money or a better job.

“It’s about becoming a better person and getting away from the bad influences that are around them,” Maria said. “We all don’t have the same opportunities but that doesn’t mean we can’t all reach the finish line. Some of us have advantages while others have to work harder to get there.”

Despite all the obstacles, Maria remains determined to find success.

*name has been changed