Senior Luis Moreno makes his way down the track in competition. (Photo by Savannah Pritchard)

Senior Luis Moreno makes his way down the track in competition.

Dash away from the cash

Senior declared ineligible for $1,000 win while others racked up on prizes from last week's Dash for Cash 5k

With half of the morning spent wiping sweat from his eyes and forehead, keeping his pace and breathing in rhythm, an exhausted senior cross country runner, Luis Moreno, left the VIPS Dash for Cash 5K event Sept. 20 to hustle his way to work.

Without a second thought about it, Moreno gave his phone to his little brother, sophomore Roger Moreno, and pulled out of the student parking lot. Before he made it down Summerhill, his phone was non stop buzzing from the amount of texts he was receiving from his friends.

“My brother and his friend started getting texts saying that I won the $1,000, and I was like, ‘No way, this is a joke,’” Moreno said. “Then they said it was serious. I was thinking to turn around, but then they were like no, it’s already too late because the drawing was being redrawn again.”

The VIPS organization’s original plan for the $1,000 cash prize was to draw a name from the first 250 runners who registered online but changed the rules unknowingly to Moreno.

“I questioned [the rules] because I registered by paper which our coach gave to us, so I didn’t think that the opportunity would be given to us,” Moreno said. “Well, no one told me, and that’s crucial. It bummed me out the rest of the day because the opportunity of having $1,000 was just in my hand.”

Despite the unfortunate incident after the race, the overall benefit was a success. Approximately $30,000 was raised for the VIPS scholarship fund.

“I feel like it turned out great. Everyone I talked to said they had a great time as well,” senior student co-chair Gage Martin said. “I feel like all the students bonded and had fun together.”

“I was really excited,” Jarvis said. “I had no idea what the competition would be like, and I was just really happy to keep it closer to 16 minutes like I had been wanting to.”

Sophomores Marjorie Slimer and Luker Hays won the student parking spot by having the most people register in the race under their names.

“My mom is in VIPS, so I knew how important this race was for the scholarship fund. I was trying to get the spot, but I also just wanted people to sign up because the money goes to a good place,” Slimer said. “I was really excited when I won. Mainly because I’ll be driving next semester which is when the lot gets really crowded. I’m glad I won’t have to waste time trying to find a spot now.”

One Response to “Dash away from the cash” 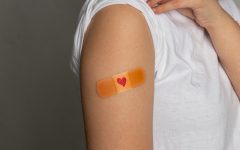 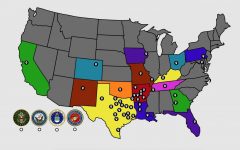 Mapping out a future 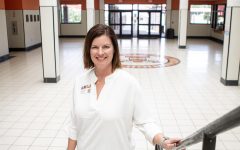 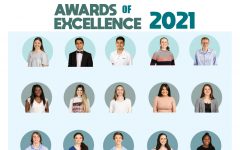 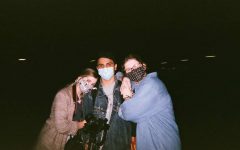 A taste of culture

A loner has no regrets 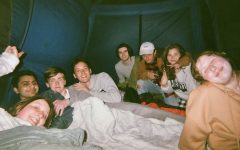 All praise to publications 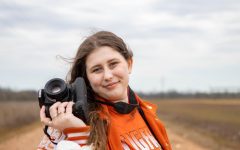 Dash away from the cash