OKrereke sisters are not only twins, but are also teammates on the Tiger basketball team

Sophomores Tiffanie and Stephanie OKrereke share a bond on and off the basketball court as identical twins.

“If something weird happens in the game and she’s on the other side of the court, we’ll make eye contact,” Tiffanie said. “I just know we’re thinking the exact same thing.”

The twins’ were in sync from the start, no one had to force the twins to do anything together.  Many people assume that because one sister is going to play a sport that the other one has to, too.

“It wasn’t like our mom wanted us to do it together, or that I wanted to so she had to,” Tiffanie said.

Despite the assumption that the Okereke’s talked about playing together, the idea to play basketball came to each girl individually.

“We both just wanted to play [basketball] in the seventh grade,” Stephanie said. “It wasn’t just one of our decisions; it was both.”

After having a good time together in basketball during seventh and eighth grade, Stephanie and Tiffanie sought out more activities to do with each other.

“Even freshman year we both played volleyball together, but I didn’t feel like I had to just because she was going to,” Tiffanie said.

Starting at a young age, the twins were suspected to do everything together, not just sports, even by the people who know how different each girl is from the other.

“Our mom kind of figured if one of us is going to do something the other probably is too,” Stephanie said.

Just because they share DNA, doesn’t mean that they see each other as more than teammates on the court or in practice.

“We don’t really have anything special. We just play as if it were anyone else with us,”  Tiffanie said.

Even though the Okereke’s don’t see each other as more than teammates on the court, most people can’t seem to ignore the fact that they’re identical twins.

“It gets kind of annoying when referees and players on the other team stop us just to ask if we’re twins,” Tiffanie said. “Obviously we are.”

Being identical twins sometimes distracts the Okereke’s teammates during games and practices, creating a frustrating pause as the girls try to work.

“Even our coaches and teammates won’t be able to tell us apart so they just call us ‘Twin’,” Stephanie said. “It gets confusing because we’ll both have to stop and respond even if they just want one of us.”

As for continuing out their years of being teammates on court, the decision is up in the air. As the girls get older, life gets busier.

“This is probably my last year,” Tiffanie said. “It kind of gets hard balancing practice and school work, and I want to get a job next year.”

Stephanie has a harder time letting go of the sport.

“I still might stay,” Stephanie said. “We practice every day, and there’s a lot of games and tournaments; It’s just overwhelming sometimes.”

Even if their days of playing side by side of coming to a close, the girls are sure to cherish (almost) every moment of basketball together.

“It’s just…It’s just fun. There isn’t really another way to describe it,” Stephanie said. “It’s a great feeling to play with your sister.” 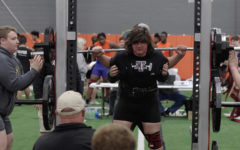 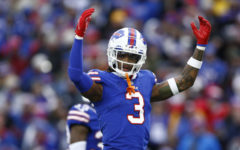 Hamlin on the road to recovery 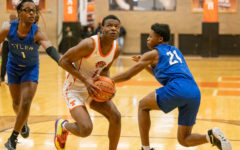 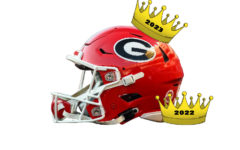 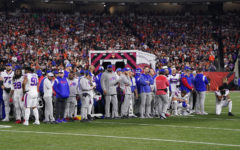