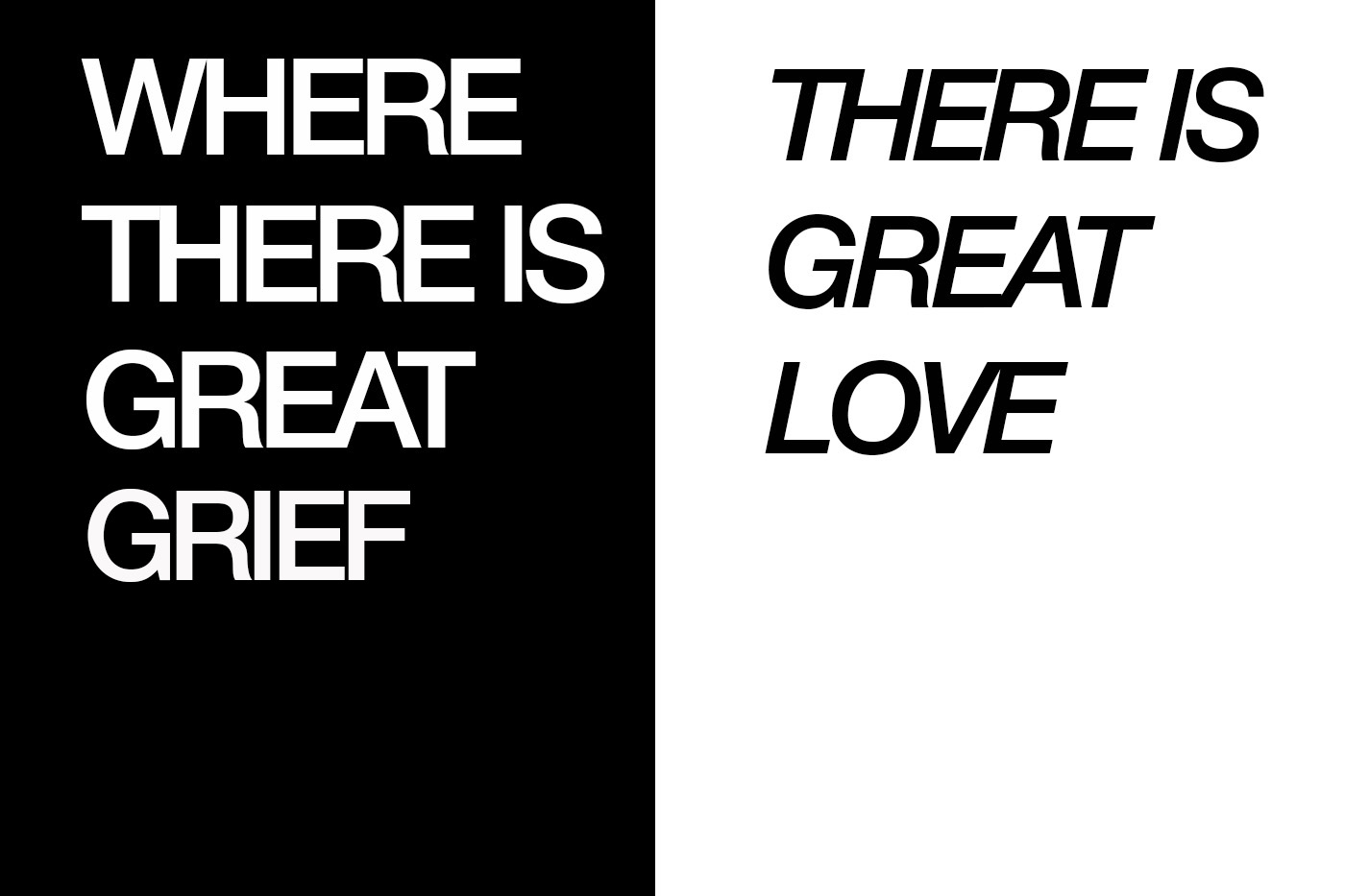 Finding a way to cope

After the passing of former senior Houston Hart, students were devastated and struggled to find acceptance. It took an aching amount of time, and an overwhelming amount of tears but the pain is slowly subsiding. Now they focus on the things they can change, like being a better person, or putting more effort into their passions. It is not a solution, but it is their only choice.

Music is an outlet for the soul 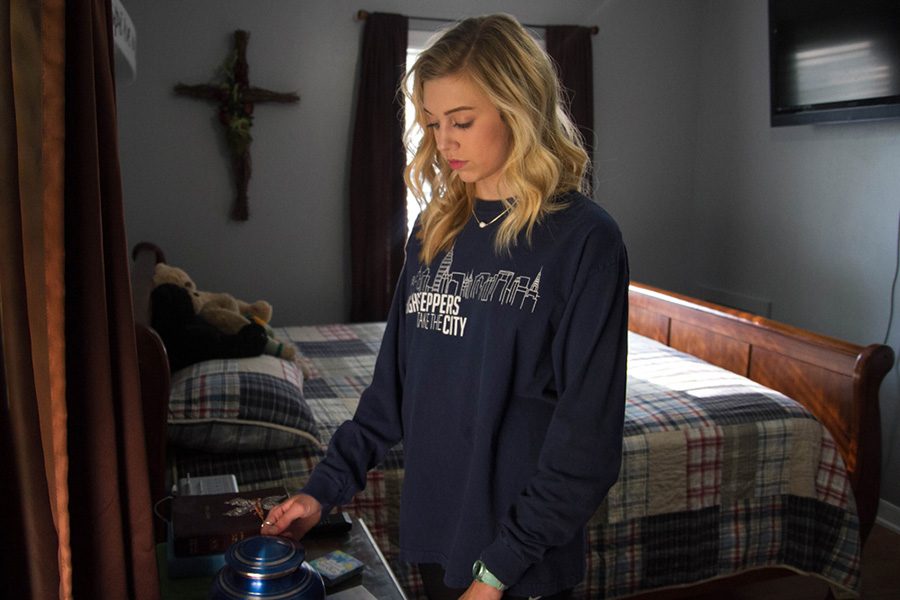 She always thought she would have the chance to get one more hug, have one more laugh, see his smile one more time. How could she have known that the last time they saw him was really the last? How can she or anyone else deal with this tragic loss?

Junior Elaina Robertson was very close to her best friend, Houston Hart, when he passed. Since his passing, she has had a hard time accepting this loss.

“It’s breathtaking. It doesn’t feel real. I still haven’t learned to accept the situation yet,” Roberston said. “I still want to call him. I still text him and Snapchat him. I’ve started writing diaries to him everyday. I catch myself talking to him. I dream about him a lot. It was really hard at first, but I think he’s still there; he’s still around.”

Being close with Houston’s family has since allowed Robertson to cope. She visits and spends time with them as if they are her own family. In a way, to her, they are. They are reminders of Houston and the person he was.

“I’m close with his family, his older brother, Hayden, his younger brother, Heath, who I hang out with, and his mom,” Robertson said. “His mom is just really cool; she lets me come over and sit in his room sometimes and just chill.”

Although it has been hard for her to cope with Houston’s death, Robertson has found her own special way of getting through it all: song-writing. She wrote a song that has helped her express the truly tough emotions that she is feeling and has felt after he passed.

“I wrote the song about three days after the accident. I was talking to Houston, and then, all of the sudden I started writing a song about him,” Robertson said. “It was just a poem, and I then decided to turn it into a song. I looked for instrumental music to put the song to until I found one that I liked. I put it all together, and I sang it for a friend; she told me it was really good. I started singing it for everyone else. Houston’s older brother is really into music and rapping. He wants to get the song recorded for me and bring me to his studio.”

The lyrics of her song have a deep meaning that were tough for Robertson to talk about at first. His death seemed unfair and too soon. It came unexpectedly.

Through writing this song, Robertson has begun the healing process. She no longer has to hold in all the things she is feeling and can instead write them out.

“I was writing to express how I felt about this whole thing. I was basically talking to Houston. I kind of connected to him when I wrote it. Instead of holding it all in, I’m writing it down, and it really helps.”

The song lyrics are featured below:

“That smile is what I’ll miss the most

In that smile I found a home

But now all I can think about

Is what to do knowing that you’re gone

It’s getting hard to hold back tears

Tell me what to do next

I wish you would just come back here

All I want is my HTX

I keep on telling myself it’s not true

There’s no way that it is

How could the world be this cruel

Out of all the lives it just had to be his

Dear Houston why’d you have to go

You know I need you here

I never got to say goodbye

A life without you is what I fear

To live without you for many years

I need to know that you’re still here

Please something I just

I wish I would have been the one

I wish I would have been the one

I wish I would have been the one” 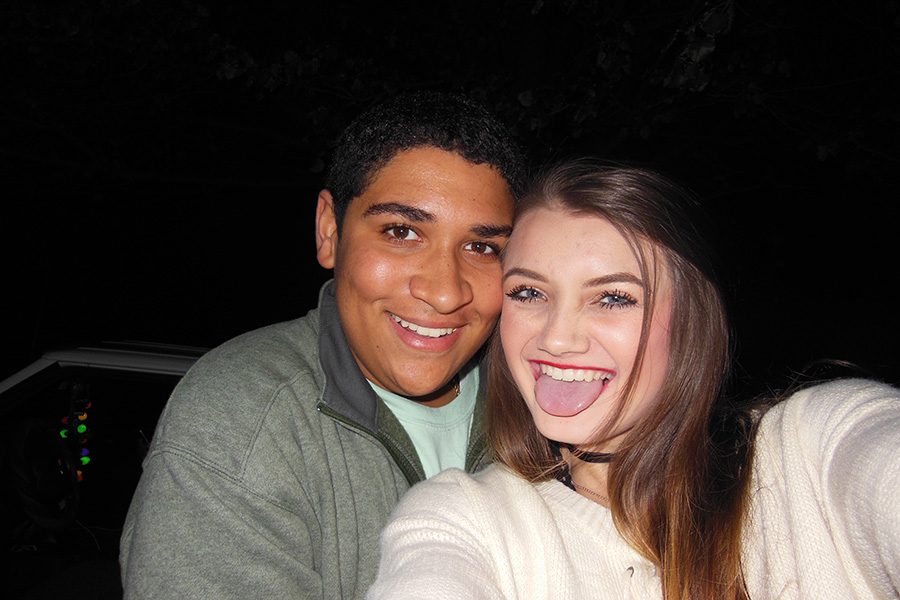 I have not written since July. My mind has been filled with words, but nothing in me has been willing to print those thoughts on paper. It has never been hard for me to open up. I’ve been able to drown in my thinking and still find the words to explain it. A rather early morning in July changed that. The news rang out through my room, wedging itself into the silence. One of my best friends had died.

Senior year begins with a list of lasts, a list that is supposed to reflect memories of laughter and freedom. This list holds expectations and hope along with feelings of dread for an uncertain future.

But, there was a different set of bulleted points I kept referring back to.

That same July morning, my new Bible arrived at my door step.

Hearing that he was gone made me question everything. It even made me question my faith; the foundation that Houston helped me strengthen beginning to crack. His death left in me the instability that has infected my senior year. The months following the news, I had an absence of faith, which echos a  loss of purpose and function. I took the Bible out of its box with the intent of finding answers, but I was unable to find them until recently.

After slowly coming to terms with the idea of never seeing his car pass me again on Kennedy Lane, I became suffocated by the idea of consistency.

Consistency is, by definition, dependability. I have always liked change and the idea of impulsive living, but this was an adjustment that made me crave something familiar. This being my last year of high school, has made me realize the most dependable things are the ones I am leaving soon. Houston’s death and the impending end to small-town familiarity led me to re-open my Bible to find the answers I’d been blind to.

I began to grasp that life is undeniably short. That change is sudden and is not always welcome. That life should be lived through appreciation. Hidden behind highlighted scriptures, I refound my faith in the idea that things happen for a reason, even if we don’t yet know what that reason is.

Houston left his mark on my soul and in that shown what everyone should aspire to do in their time on Earth.

It is easy to see that what Houston had was a light. He was a burning flame that left glowing embers scattered around this town and on the skin of those he touched. In my last year here, I am determined to be the same. In the months following his death, I learned that the pressure of lost consistency that lies on my chest can be lifted by prayer and by a rekindling of my faith. It can be lifted by laughter with my best friends, time spent with my family and by the recognition of the beauty that falls in the roads of Texarkana.

Grief is said to be love with no place to go. I disagree. That love has a place to go. That love will go into your actions and your words. My love that once had a vessel will now seep its way into how I treat and see people, my gratitude for life and the small things that I often forget to recognize.

As I sit here, writing for the first time since July, I can say that a great weight has left me. The grief that consumed me, now walks beside me in the form of his shadow that left behind a legacy for all of us to uphold.