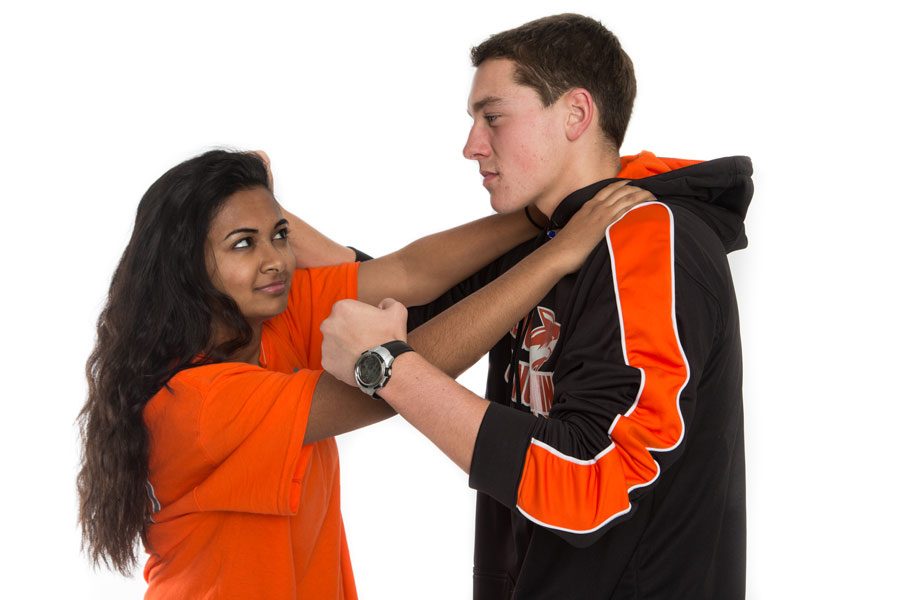 The issue of gun control has been a long-debated topic in the United States. Recent events, such as the shooting at Umpqua Community College in Roseburg, OR have only fanned the flames. In these side-by-side viewpoints, two writers for Tiger Times share their opinions on gun control and propose solutions to the problem.

Desperately pleading, terrified by the cold glint of metal winking at her from a gloved hand, a schoolteacher begs for the lives of the first-graders huddled behind her. But her cries fall on deaf ears, and before her unseeing eyes little bodies start falling to the floor.

Gun control is a highly contentious issue that has polarized the nation, gaining prominence in recent years as the number of mass shootings spikes. The crux of the matter is this: yes, people hold the guns, and yes, people are the real killers, but here we are basically pushing into their hands the means to endless destruction.

What is it about the word ‘control’ that makes so many people see red? Is it our American arrogance? Our penchant for the extreme and the need to push beyond the safe zone? Our crippling, clinging dependence on the notion of “freedom” that invariably comes up anytime anyone tries to make a change?

To me, freedom is not synonymous to having 35 military-grade weapons stored in the basement. And it’s not synonymous to a man plagued by hallucinations and ‘messages from God’ being able to walk out of a gun show with countless rifles, as easily as I could buy a pack of gum from a convenience store.

Control does not mean men in black suits will whisk your guns away the moment new laws are passed restricting them. Rather, it means curbing the overly excessive purchase of guns and ammunition—a reported $31.8 billion industry.

While the government monitors guns bought through the number of background checks run, there are millions more being bought quietly and unobtrusively in private sales and gun shows, meaning no background checks required. Meaning anyone—literally anyone—with a little bit of cash can end up with a whole lot of guns.

I’m no political wunderkind, but something isn’t quite right. When we have made it so easy to purchase weapons with the potential to annihilate, to cause mass panic and heartbreak, it is time for some serious self-reflection.

When we have made it so easy to purchase weapons with the potential to annihilate, to cause mass panic and heartbreak, it is time for some serious self-reflection.”

On another note, a prominent argument utilized by the faction that vehemently opposes gun control is a call for improvements in mental illness treatment. But the thing is, mental illness is a vague and specious thing, with no clear qualifications and numerous exceptions. You can’t get everyone. And even if you do, guns are still there, just waiting to be handled by a potential psychopath who slipped through the system.

I’m not arguing against improved mental health treatment, but stopping there and pretending like that’s a viable solution isn’t in anyone’s best interests. It’s not solving the problem; it’s skirting it.

We can do something. We can face this issue head-on, squarely and unflinchingly, and realize that what we’re doing is blindly selling murderers the objects that will eventually cause of our downfalls. We can stop making excuses. And we can finally use the real freedom guaranteed to us so many years ago, freedom in the best and truest sense of the word—the freedom to live.

The intruder breaks through the door. He begins raining bullets on the innocent children. They hide behind desks as blood soaks the floor. Finally, the police arrive, and one final shot ends the nightmare.

As the tragedy in Oregon unfolded, Democrats and Republicans called for a change in policy to “fix” these issues. Some people claim that an increase in gun control can stop these tragedies.

However, as some Republican presidential candidates have said, the issue is not the guns. The issue is the people. Guns do not kill people. People kill people.

Granted, we will not be able to stop every attack on students, but they can be decreased by catching aggressive and threatening behaviors early. Young adults who store up weapons and write letters about killing people are not safe for society. They do not need to go to prison, but should be given appropriate treatment for their illnesses.

Mental health treatment must improve, not the ability of Big Brother to watch how you use a gun. The majority of sane people have guns to protect themselves and their families, not to use in mass shootings.

Mental health treatment must improve, not the ability of Big Brother to watch how you use a gun.”

Mass shooters feel that it is fun to be publicized by shooting children and have tendencies to show dangerous behavior before they commit the atrocious crime.

What is absurd is the thought that gun free zones will keep out murders and mass shooters. If I were a gunman, I would go to the place with the least amount of resistance: gun-free zones. However, if there a chance that a concealed weapon is present or armed officers are near, gunman will be stopped sooner and less likely to succeed.

The gun-phobics, on the other hand, advocate for increased gun control and would much rather just ignore it and claim it is Republicans’ fault when attacks happen in gun free zones. If I can remember right, Republicans are the ones arguing to protect the innocent, not leave them like sitting ducks.

We can help people with mental illnesses. We can lower the chance of school shootings. But we do not need more government oversight over a problem they cannot fix. We need to realize that humans pull the trigger, not the guns themselves.