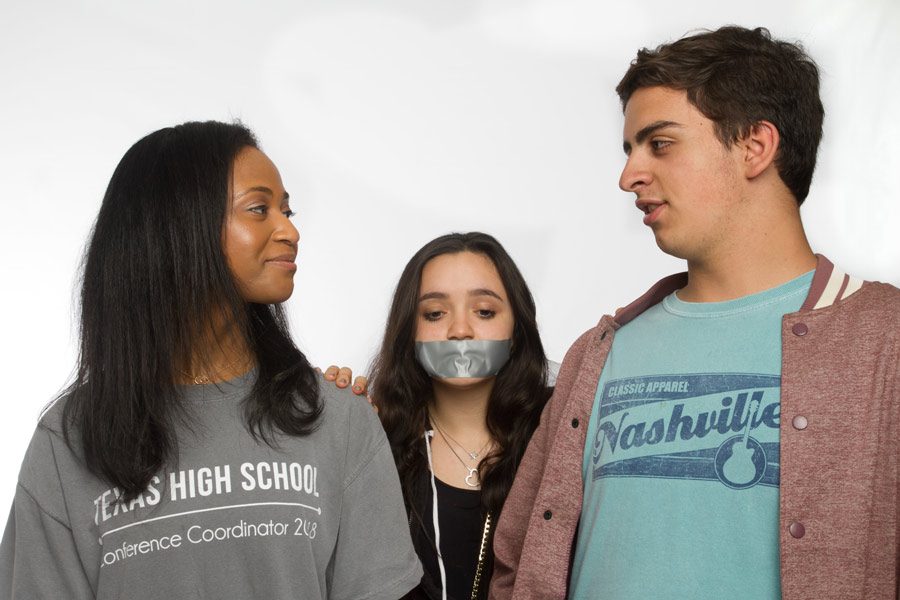 Language can be cruel

For non-native English speakers, being unable to speak fluent English can greatly impact quality of life. Most schools and jobs require fluency, and prejudice can keep non-English speakers from having the opportunities that everyone else has. Parenting in an English-speaking country can present a whole new range of difficulties. Children often have to act as translators for their parents, and going to an English-speaking school often means that parents can’t help their kids with questions they may have. Even though they face difficulties, many children are able to learn fluent English and come to appreciate the sacrifices their parents have made to create a better life for themselves and their families.

Imperfect English is nothing to be ashamed of

We stared at the extended fractures that zigzag across one of my brother’s tablets as my mother cuts off the roaring car engine. We eventually walk into the store with my brothers happily beaming and jumping from one foot to the next in hopes of getting their tablets fixed.

A man is standing at the back of the store behind old furniture as my mother approaches him in a friendly matter. She begins to speak, but immediately the man begins to grin and chuckle under his breath.

My mother was trying to explain what had happened, but he refuses to fix the tablets. He then turns to me to talk about the tablets, avoiding all eye contact with my mother, as though she disgusted him. With every word she got out, he would laugh and roll his eyes in the opposite direction.

The tablets never got fixed.

That is when I realized how harsh people can be to the sound of imperfection. And honestly, I was on their side for years, embarrassed of what I had to go through.

As a child I was ashamed, and I had a misconception of what broken English actually was. I had the idea implanted in my head that if my mother didn’t know English perfectly, she was considered lazy and uneducated.

She started off learning English at a local Asian market in Chicago. Hand gestures and expressions exchanged with the Asian woman started off her journey in learning English. Her determination for a better life for herself and her kids pushed her to learn the language.

For a time, my mother took classes to get her GED. There would be nights when she would have trouble with her homework and I never wanted to help her. I felt like it should have been her helping me with my homework instead of the other way around.

Parent-teacher meetings seemed to be the worst. I often dreaded the thought of my mother going into the classroom to hold a conversation with my teachers. When something was misinterpreted, I always sat there uncomfortably trying to translate what was being said.

Now that I am fifteen, and I know what my mother went through to learn our language, I know what an amazing woman she is. If anything, I am ashamed now more than I ever was.

I am ashamed because I never encouraged my mother.

I am ashamed because I failed her.

I am especially regretful for the things I have done and for my past feelings and thoughts of her.

I see now the intelligence behind every word that comes out of her mouth. The intelligence of knowing two languages. The hard work of gaining knowledge and her dedication to build something from nothing. My mother means everything to me, and my fondness for her will always be there.

No one has a right to make fun of or disrespect those who can’t speak a language perfectly, because not even native speakers speak their language perfectly. Instead of tearing down people who can’t pronounce words properly or don’t comprehend sometimes, we should offer help and teach them. If all of us put our differences aside, our world and our grasp for a better society would grow into something beautiful.

Broken English can be a barrier to school, job

Sitting in my first grade class, I struggle to decipher what the teacher is saying, and I am filled with millions of questions. Questions that will go unanswered. No one was there to help me. Not even my parents.

When it came to school, I remember I grew so frustrated when I would ask my parents, “Mom, Dad can you help me write a sentence?” and they would both respond, “I’m sorry, mi hijo, but I don’t know how to do that.”

After a while, my mom noticed that I struggled in school. I remember a distinct time period when my mom would pick me up from school and take me from restaurant to restaurant trying to get someone to help me with my homework.

Growing up, my parents’ main priority was always to work in order to survive, and, because of that, they had no time to dedicate to learning English.

My parents discussed continuously at night, thinking that my brother and I were asleep, about how they were having troubles at work because they did not know English. I sat and listened to them through the walls.

At one time, my mom got to the point where she started crying because she lost her job, and we didn’t have enough money to eat actual meals for a week. I would always see her just sitting in the living room with a blank face. After a while, my mom started cleaning houses; that became her full time job.

Time passed, and I learned to cope with the limitations my parents had. Toward the beginning of second grade, I was put in an ESL class and began to learn English. Aside from that, I had to go to two years of summer school. By fourth grade I had “mastered” the language.

As soon as I had a grip on English and could semi-translate in between the two languages, I began to translate for my parents.

I was the one who did the talking in situations; in a sense, I felt like I was forced to.

However, I didn’t do it because I was obligated, but rather because they sacrificed so much for me. I was just repaying them for everything they have done for me.

Going into middle school, my parents noticed that my Spanish was fading away. I struggled reading and spelling Spanish, and my speaking grammar was terrible. They feared that after a while, I would lose the ability to speak Spanish like many Mexican-Americans do or speak “Spanglish,” and so they enforced a rule upon my brother and me–speak Spanish inside the house, and only speak English when necessary.

All the obstacles I faced during my childhood ultimately lead to me being literate in both languages and able to easily translate in between them.

I know my childhood wasn’t the best, but it’s something I will always treasure, because being a translator is one of the most frustrating but most fascinating things to do.

Imperfect English shouldn’t be a reason for prejudice

“Can I order the unsweet tea?”

“May you repeat that ma’am? I can’t understand you.”

“Can I please order the…”

A pause falls on her lips. Forming the sentence with proper pronunciation gets stuck without an opportunity for escape. Words roll out of her mouth, but the syllables falter. The only words that come out sudden and unfamiliar. Instead of repeating the request, the lingering fear submits her to turn to her daughter with pleading eyes and repeat her order.

Learning English has been a prominent obstacle for both of my parents, who have experienced the hardships of not speaking English fluently.

My parents learned English when they were looking for an opportunity to better their lives, and the United States was their gateway to that freedom. The hinderance of not speaking the dominant language was a process they had to live with.

English was my father’s third language, so it was difficult for him to comprehend at first, especially transitioning from Vietnamese and French to English. My mother easily picked up Mandarin because of its similarities to her native tongue, Vietnamese.

English isn’t a language they could have learned without a few difficulties.

Although both of my parents have lived in the U.S. for over a decade, there are still a few language barriers, but they’ve since been able to overcome their struggles and aid their journey here in America. Learning English has been difficult, but their jobs required direct communication with others on a day-to-day basis. Their much-needed dedication helped me realize how fortunate I’ve been due to my parents’ sacrifices.

I haven’t experienced someone mocking my parents for their broken English, but I know people silently judge them because it’s human nature. If you can’t speak English well, people tend to question your ability to learn and you are looked down upon as being “uneducated.” It confuses me that some people can’t accept others if they can’t speak a language perfectly.

I used to wonder why my parents weren’t able to learn English easily. Eventually, I realized what a miniscule percentage of people can actually speak English fluently without a single stutter.

When you learn a new language there are always going to be difficulties, and I appreciate my parents’ perseverance for overcoming the hardships of a new language. They’ve earned my respect wholeheartedly. I’m thankful to have examples to learn from in every aspect in my life.

People can’t wrap their heads around the fact that not everyone knows perfect English. I feel like it’s necessary to sympathize with those who have tribulations discerning a language. It’s a matter of people understanding the obstacles of these barriers. The key to anyone succeeding in learning another language is having the knowledge that the inability to speak fluent English won’t hinder your goals.

One Response to “Language can be cruel” 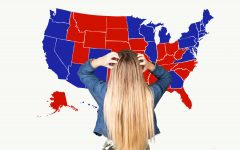 The case against polarization 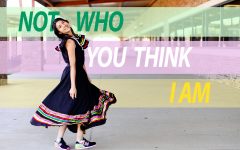 I’m not from around here (or there) 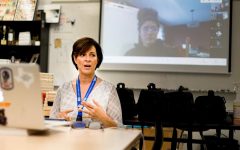 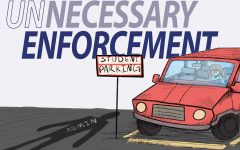 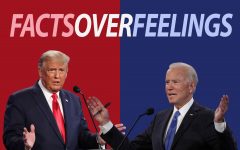 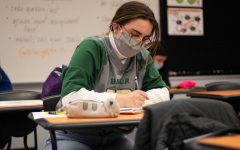 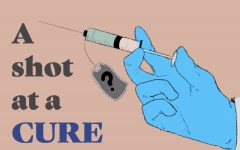 A shot at a cure

The case against polarization 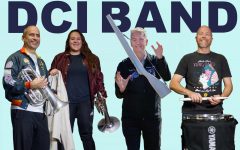 The ins and outs of DCI 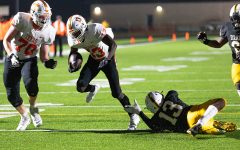