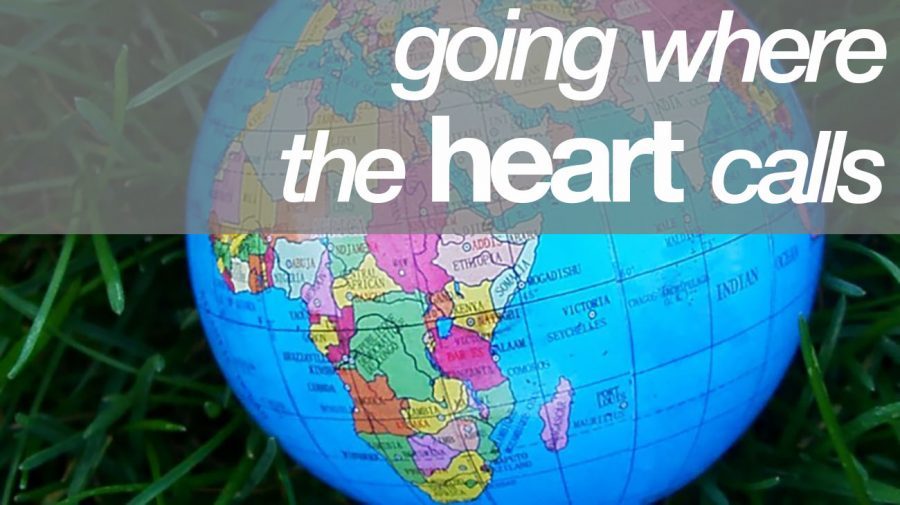 Where my trust is without borders

Students take the chance to travel to countries across the world to spread their faith. Mission trips are often at times scary and intimidating, but full of enriching and rewarding experiences.

The greatest of these is love 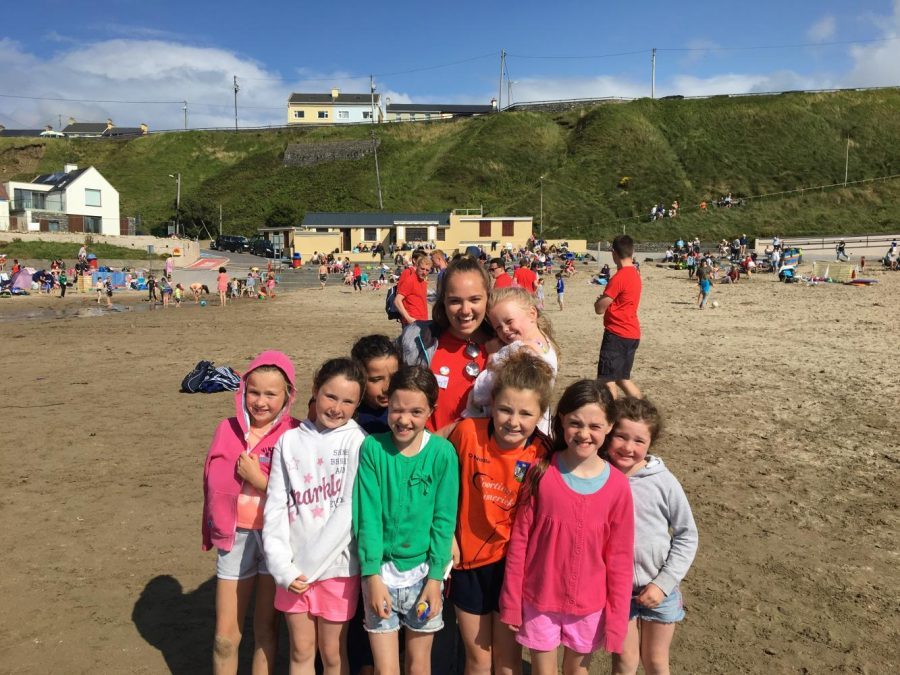 Watching from the window, my awestruck gaze sweeps over the billowing green hills and patchwork fields. As I marvel at the ruins of structures once so formidable and steadfast, a wave of excitement, apprehension and anticipation consumes me all at once. It is a wave that is all-encompassing, without warning or mercy.

Here I am on a bus, travelling the distance between little Irish towns, preparing to spend two weeks with people and a place that take the word foreign to a new extreme. In all honesty, I have no idea what I am getting myself into, and even more, I have no concrete self-assured feeling that I am capable of or qualified for the work ahead of me.

For two weeks, I will spend hours on a beach in a little town called Ballybunion sharing the message of Christianity to children, their parents and anyone in between willing to listen. This experience will help me check off several firsts in my life: first mission trip, first time out of the country and the first time I have ever really felt the immense pressure not to screw up.

In the months leading up to this trip, I often thought about how unconventional of a mission it was. Typically, when you imagine a mission trip, you think of the most bleak godforsaken places in the world, like third world countries in Africa, ravaged with disease and lack of resources, or countries consumed and devastated by war and persecution. Your first thought probably isn’t of a prosperous European country whose major differences in culture predominantly consist of driving on the other side of the road and having the steering wheel on the right side of a car.

You might wonder what desperate need there is in Ireland that made me feel compelled to travel all the way from Texas to be there; probably because of the common misconception that one must be providing food to the starving children of Africa to be doing “real” mission work. But the truth is, there is a need everywhere and there is a mission everywhere. From the moment I made this realization, it became clear to me that no mission is futile. No mission is worthless. Because according to the God I believe in, not one person should be discounted or left behind.

Therefore, I feel challenged to see people in a way that is foreign to me. I see them and try to comprehend their immeasurable value and worth. I see them and know that, just like me, they are loved beyond understanding. And it becomes clear that, in this way, I am also called to love them.

Living with this mindset is incredibly rewarding, yet at the same time, leaves you vulnerable to the most painful heartbreak. Having a burden for people takes a toll on you. It’s far more simple to take the people around you at face value, because your own problems are difficult enough, let alone the addition of troubling yourself with the state of someone else’s heart. That’s why it’s so much easier to ignore the nagging feeling telling you to reach out to a person and say the things that are hard to hear. It’s so much easier to believe that they don’t need your help, because it hurts too much when they refuse it and push you away.

That crippling fear of being spurned by someone I love is what’s kept me from seeing the big picture. My own selfish and cowardly fear of rejection has prohibited me from revealing truth and spreading the news of a love that has transformed my life. But I think meeting Robin, the little blonde girl you see me holding in the picture, played an instrumental role in helping me overcome that fear. And she doesn’t even realize it.

It was meeting such a sweet and innocent soul that helped me realize that people are worth the fight. No matter how terrified I am of having my own words thrown back in my face, I know that I have to try. I know that I must show love to each and every person I come into contact with because without love, we are lost.

My time spent in Ireland reignited the desire to share openly the joy I have in my heart, and I know it was because it was new and exciting. It was a daring adventure in a foreign land, and it brought back the exhilaration of spreading the gospel. However, it also reminded me that I should feel this way all of the time, even when I’m home, not just in a foreign country. Because the people that I see everyday are the ones to whom I should be reaching out. I wholeheartedly believe that my purpose in school is not solely just to do homework and have a few laughs, but to demonstrate faith, encourage hope and freely joyfully give love. Love, which of these is the greatest. 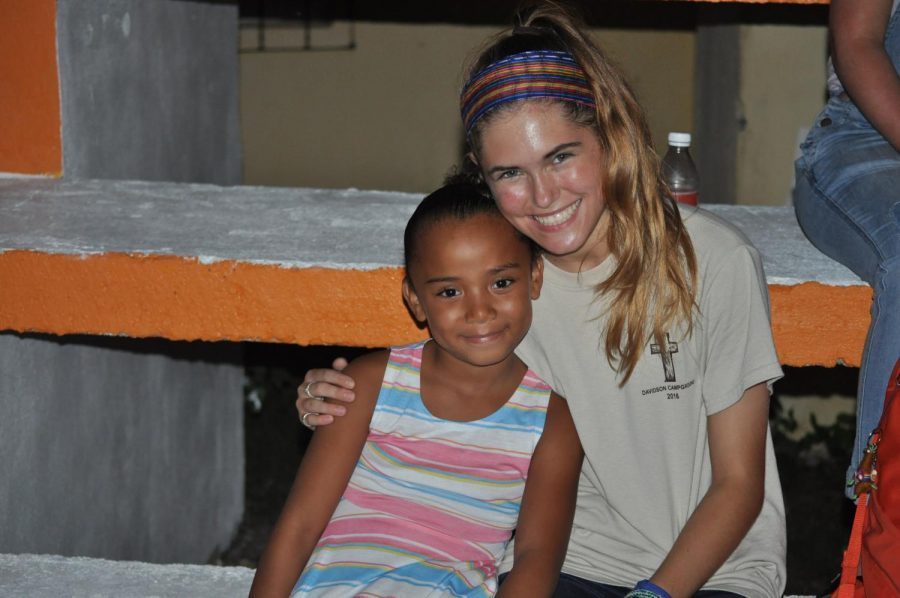 Daydreams of interacting and sharing my faith to a different culture captured my thoughts for years. I prayed daily for the time to come, that I would be allowed to go, and that I would receive the courage to expand outside of my comfort zone.

I was overjoyed when I was informed this dream was to become a reality in Belize, but a sudden toll of doubt emerged as the day approached. Soon I would be stepping on a plane with people I had never met, traveling to a third world country for the first time.

People tell you, “take a leap of faith.” And this was its testimony. I found peace in my heart that this was a calling. On July 25th, I began an experience that changed my whole perspective on life and people.

I began my training, making friends with other team members. Being placed on the drama team, I took part in making powerful messages come to life for all ages. We shared our testimonies with each other and prepared for the next week in Belize. Although I had been a church camp counselor the month prior, I felt spiritually challenged on a new level.

Upon arrival in Belize, I learned to not be fooled by the ocean resort photos that pull up on Google. Not to be mistaken, Belize is full of beautiful scenery and people, but behind the stereotypes lies a culture of poverty. The airport lacked advanced technology and failed to meet cleanly standards.This was recognizable upon arrival at the airport as it lacked advanced technology and cleanliness taken advantage of in the U.S.

Our main sources of transportation was an old school bus or the back of a truck. I quickly discovered that the villages lacked road rules. I gained a new respect for speed bumps along roads. We stayed in a compound with a Belizean couple who provided us home cooked meals, bedding and a breathtaking view of the country, which I constantly miss.

Each day was dedicated to a new project in which we reached out to different villages. These included running a Vacation Bible Study, a women’s tea party, visiting  churches and nightly services with a message and worship. Whether we were conducting an event or making a run to the grocery store, walking up to and connecting with people was a must.

Every day was a new opportunity to learn about their culture, share testimonies, and pray with people ranging from elementary students to the community elders. Instead of worrying about myself on the trip as I had earlier, I began to worry I would miss an opportunity to speak into someone’s life.

On previous vacations to other countries I had a glance of life there, yet that was incomparable to living side by side the people in the heart of the country. Despite the obvious hardships the Belizeans faced, the majority still came out to our events welcoming us to their country; their hearts sparked with a passion to learn more about our faith.

I had multiple opportunities to talk to students and found that although they were enjoying summer vacation, in which taking trips was not affordable, they could not wait to return to school. The students professed their love to learn and claimed that they would never take their education for granted. Those of my age were at awe that I would be attending a college next year.

I rarely hear of such positivity about school here. In the midst of complaining about homework and teachers at school at home, the Belizeans praised the opportunity to take any classes. I consistently remind myself now when I am annoyed at college applications that someone in a third world country would give anything to be in my position.

I gained multiple life lessons during this whole experience. Although it took a strong mindset to save up for and embark on the journey, the outcome was priceless. It clarified to me that your desire has to meet your willingness to do something, whether in school or in a different country.

I made friends that I continue to talk to on the daily and developed a stronger desire to provide service to others. I came to understand that life is not about me, but something so much greater comes out of providing to others.

I believe that everyone should find a mission project to take part in; it does not have to to be religious. One does not have to be in a third world country or even out of state to do mission work, but can start a community service project or have a simple act of kindness a day. Take a calling in your life and act upon it. As stereotypical as it sounds, those you help can give you more than you give them.

Where my trust is without borders