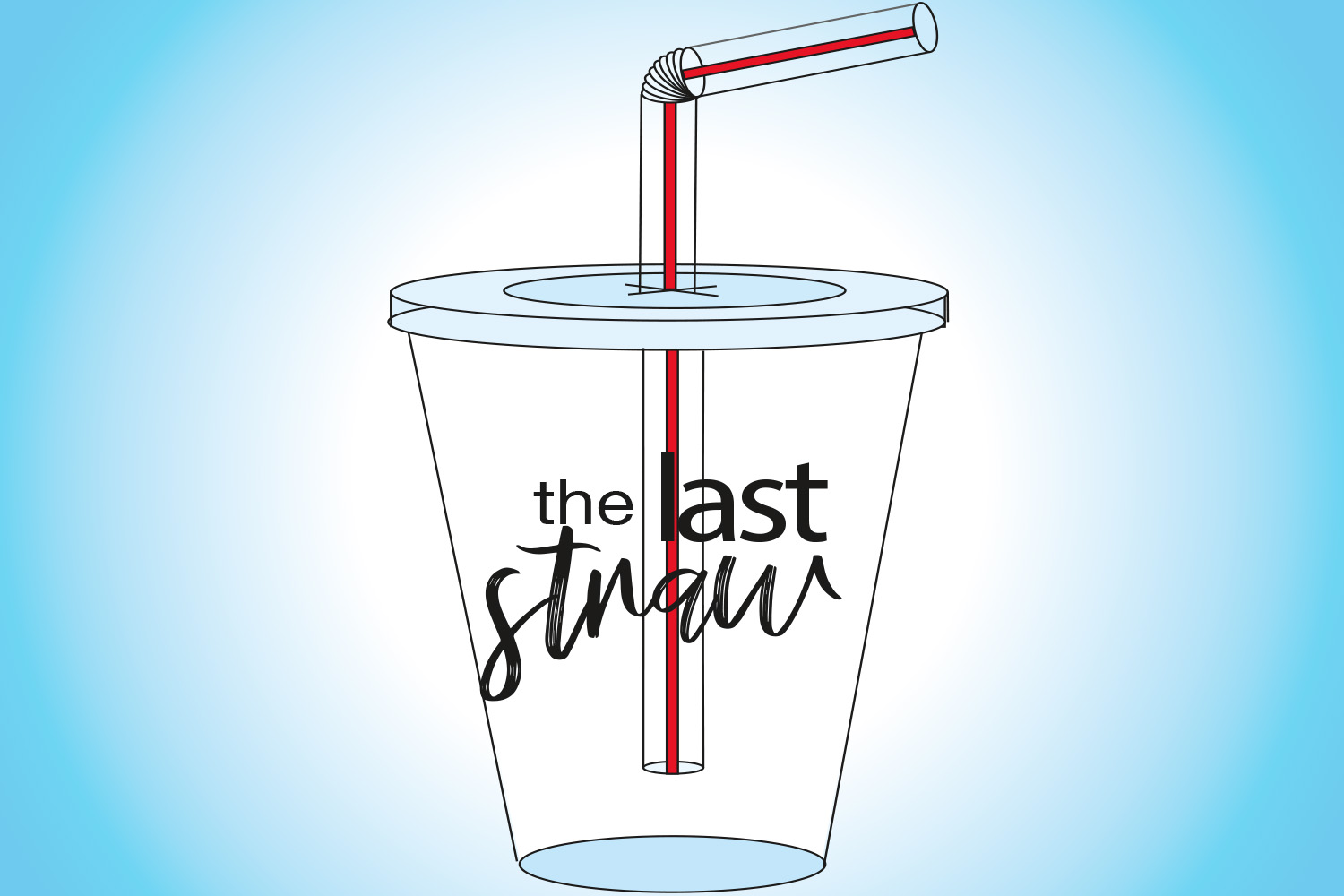 The controversy surrounding the ban of straws turns into a complicated debate. What impact does banning straws create? What environmental implications does this cause?

Ban on straws will be positive step in creating clean environment 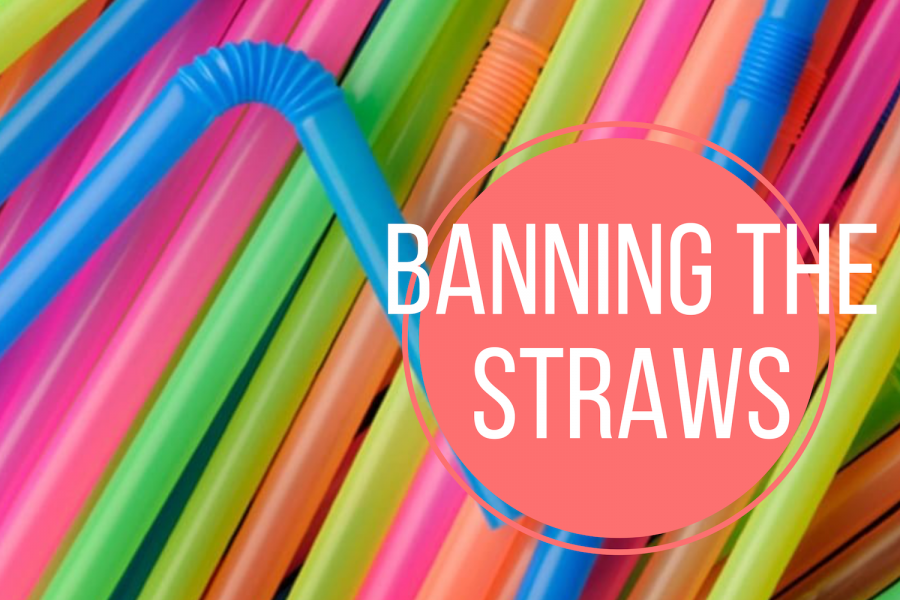 People suck. That’s because people use straws. They have become a staple in today’s society. I go to class and see people  using plastic straws with their drinks from breakfast, then again during lunch. They seem quite harmless, being only a thin tube of plastic, but each one used is another dangerous weapon harming marine life. According to the U.S. National Park Service, over 500 million straws are used every day in the U.S. Most end up in the ocean.

The Stop Sucking movement — started by the Lonely Whale Foundation — takes action against plastic pollution, beginning with something as simple as a straw. Together, we can all say this is the last straw.

Smaller plastic items, such as straws, get entangled in the animals, injuring them in the process. A viral video depicted a sea turtle after a straw had gotten lodged in its nose. Endangered species, including sea turtles, are affected severely by a non-necessity.

Many companies have accepted the #stopsucking movement and gave up using straws. Those companies include big names like Starbucks, American Airlines and UK McDonald’s. The city of Seattle even gave up using plastic straws for the entire month of September last year.

Some companies have been creating their own alternatives. Simply Straws, for example, is known for creating reusable glass straws. These straws are durable, recyclable, nontoxic and come with a lifetime guarantee. Another corporation is FinalStraw, the world’s first collapsible, reusable straw. They are portable, stainless steel and able to fold to fit in a small case made of recycled plastic.

Fortunately, there are options of reusable straws for the physically disabled community. One example is silicone straws. These straws are very similar to plastic straws on terms of flexibility, but they are much softer and safer. They can be chewed easily without hurting teeth and last for many years.

Most people would ask, “Why don’t you just recycle plastic straws to reduce pollution?” Most of the time, it’s difficult to recycle straws. Their small size causes them to slip through cracks on trash conveyor belts, sending them to landfills. There also, aren’t many straw-recycling facilities, so most of the time, straws end up in landfills anyway.

Plastic straws are just auxiliary. We do not need them to live, but they are treated as a necessity. They cause pollution and damage to the world we call home. I know that banning straws will not clear entire landfills of plastic and garbage, but it’s a way to open the gates to a beautiful environment.

Straw ban does more harm than good, will not impact marine pollution

Ever since Seattle was the first major American city to prohibit this item in July, a firestorm of debate has erupted all over the country. The item?

Seattle is part of a growing list of major cities, including San Francisco, that have begun efforts to prohibit the use of plastic straws citing a survey conducted by a nine-year-old showing that Americans use 500 million straws per day. Need I mention again that despite being widely touted by the mainstream media, the survey was conducted by a nine-year-old who based his findings by calling three straw companies and is regarded as highly inaccurate. The real number is closer to 175 million a day, which is still a lot, but it pales in comparison to plastic bags, plastic water bottles and other forms of plastic waste.

Nevertheless, the #stopsucking movement has engulfed many major American cities and companies including Starbucks who pledged to move away from plastic straws and use sippy-cup lids instead worldwide by 2020. Other companies have stepped in as well including Marriott International, Hyatt Hotels Corp., Hilton Hotels and American Airlines.

Specifically for Starbucks, the ban on plastic straws is counterintuitive since using new lids may create even more pollution. The lids are made of polypropylene, or #5 plastic, and the U.S. used to send the plastic to China to recycle. However, due to geopolitical and economic tensions with China, China no longer wants American #5 plastic recycled, leaving tons of plastic items idle on ships in the West Coast harbors and warehouses. And it is not only American plastic that is being denied, but China is rejecting the plastic of many industrialized nations, leaving them to turn to other nations or their own domestic recycling facilities.

Don’t get me wrong; I am pro-environment. It is absolutely vital to protect the Earth that we will cherish and pass down to our descendants. The YouTube video of a sea turtle with a straw lodged in its nose was horrific. The Stop Sucking Movement may have good intentions, but will banning plastic straws really help?

Statistics say no, and Bloomberg points out that plastic straws account for 0.03 percent of the eight million metric tons of plastics estimated to enter the oceans annually. Moreover, America’s plastic at its worst contributes only 1.4 percent to global marine plastic pollution. Five countries alone are responsible for 60 percent of all plastic waste dumped in the ocean: China, Indonesia, the Philippines, Thailand and Vietnam. Additionally, 90 percent of all plastics that enter the ocean come from 10 rivers eight of which are located in Asia and the other two in Africa.

Supporters of the Stop Sucking movement claim that there are alternatives to plastic straws such as those made out of paper or those easily biodegradable, or even stainless steel, glass or silicone straws. However, disability activists have been adamant about how these alternatives would harm those with disabilities who may not have the capability to adjust to weak, inflexible or even hazardous multi-use straws since metal conducts heat and cold.

Additionally, paper straws cause more air pollution to make and their dissolvability causes the user to use more of them which could create more litter. Many products considered biodegradable are not compostable which shows the convolutedness of replacing plastic straws with these alternatives. These types of straws are much more expensive to make which would place an unnecessary economic burden on companies in exchange for little to no noticeable change in the environment.

Plastic straws may be harmful, but overall they have very little impact on the environment. The Stop Sucking campaign wants to do the best for the environment, but banning plastic straws would do more harm than good. Plastic bottles and sacks, however, may be a better target for the campaign against plastic pollution and ocean conservationists. But sending Californian plastic straw distributors to prison for six months is simply ludicrous.