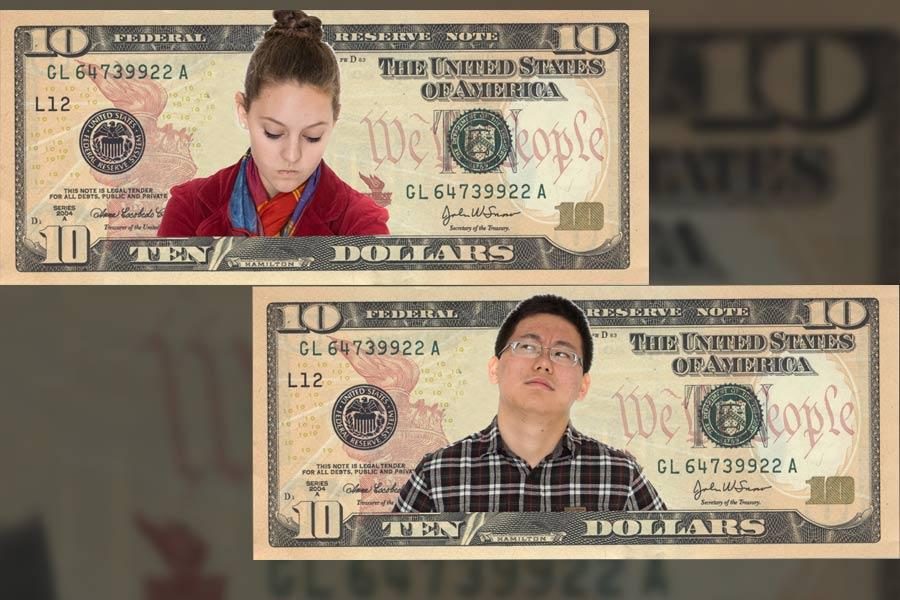 Starting in 2020, new $10 bills will feature a woman. However, some people believe that a woman should also replace Andrew Jackson on the $20 bill. The following viewpoints discuss the reasons why Jackson should or shouldn’t be featured on the $20 bill.

The old man with a plan

When the U.S. Secretary Treasury Jack Lew announced that starting in 2020, a woman will be featured on the $10 bill, many Americans were enthusiastic and deservingly so.

Suggested women to share the $10 bill with Alexander Hamilton, such as Eleanor Roosevelt and Susan B. Anthony, are women who deserve the respect that comes with being on the bank note. However, many others are arguing that a woman should get a bill for her own.

In most debates, the most often solution suggested is taking former U.S president Andrew Jackson off the $20 bill due to Jackson’s tyrannical actions during his time in office. Despite the fact that his tenure as president is remembered for the the Indian Removal Act and the Bank War, Jackson deserves every bit of recognition as the unnamed woman and a spot on a U.S bill.

Jackson is being aimed to be replaced due to his “tyrannical” nature as a president and his tendency to be ruthless to Indians. However, other presidents on the bills had their flaws too.

Lincoln, often regarded as one of the best presidents in history, suspended the writs of habeas corpus during the Civil War, a move that violated the free speech right. Ulysses S. Grant was a weak president whose tenure was plagued by government corruption. Clearly the qualifications of being on the bill don’t include being flawless.

Jackson fought governmental corruption and represented the common man. His controversial Indian Removal Act was made so that there would be more land for white males to plant cotton. His infamous bank war started because he thought that only the wealthy benefited from it. Two of the biggest flaws during his tenure were made with the interest of the common man. In a country where the founding fathers decided that the government was to serve the people, an argument could be made that Jackson was simply doing his job as president of the U.S.

“Old Hickory” grew up in poverty and did not receive a proper education, yet he still became the leader of his country. Could you imagine a guy like Andrew Jackson, who lacked a formal education and was a self-made lawyer, competing against real estate tycoon Donald Trump,  famous neurosurgeon Ben Carson, or even former First Lady Hillary Clinton?

His presidency clearly showed that every American has an opportunity to succeed with hard work and determination. Sounds familiar right? This lesson is the fundamental belief in the “American dream” that many immigrants hung onto in their transition to the states. Jackson essentially represented the American dream before the term was even coined.

Perhaps Jackson wasn’t the most ethical president, but he was one of the most influential presidents in history. Jackson represented the people as a president and the American dream as the face of the $20 bill. Now isn’t that a symbol worth having on the center of our bill?

It makes no cents

I’m going to ask you to solve a mystery. It goes like this:

In 1914, a former president who bitterly hated banks, paper money and the general happiness of most Americans was placed on the $10 bill. Why?

This man was replaced 15 years later by Alexander Hamilton, the first Secretary of the Treasury of the United States who came here as a 15-year-old and went on to fight alongside George Washington himself for our freedom. Unfortunately, this mystery gentleman did not fade away into the obscurity of forgotten currency icons (Martha Washington 1896). This mystery gentleman instead clung on, and managed to get himself moved to the $20 bill, where he has stuck around for a rather unpleasant eighty-six years.

Until now! Or so we thought.

When an organization called Women On ‘20s formed in 2012, they pointed out something everyone already wondered. “Why is Andrew Jackson on the $20 bill?” They began a campaign to replace him with a woman, and even held elections for which famous “Founding Mother” would get the spot. Then, with more than 600,000 votes counted, they presented their idea to the president. A bill called the Women on the 20 Act was presented to Congress. Finally, this summer, Secretary of the Treasury Jacob Lew (who owes the existence of his job to Hamilton) announced that a woman will indeed appear on a bill.

The $10 bill. Sharing space with Alexander Hamilton. So here is the mystery:

Why would anyone ever think that leaving Andrew Jackson, a literal murderer who hated anything to do with paper currency, was a good idea? This is the mystery. Why on earth would anyone do that?”

Why would anyone ever choose to disrespect Alexander Hamilton, the Father of American economics and the man at least one-third responsible for the Federalist Papers? (You can thank them for the fact that we have a decently functioning government.) Why would anyone ever think that leaving Andrew Jackson, a literal murderer who hated anything to do with paper currency, was a good idea? This is the mystery. Why on earth would anyone do that?

Did I mention that Andrew Jackson mandated the Trail of Tears, literally killing nearly 4,000 people and displacing thousands more? But still. He’s definitely the right choice for the $20 bill. Absolutely. That totally makes sense, right?

And while we are asking questions, why are women only worthy of half of a bill instead of the whole thing?

There is still hope, however. According to the most recent announcement by Lew, the Treasury Department is still accepting ideas submitted via twitter (#TheNew10). Please, do the country a favor, and suggest someone, but also suggest replacing Jackson.